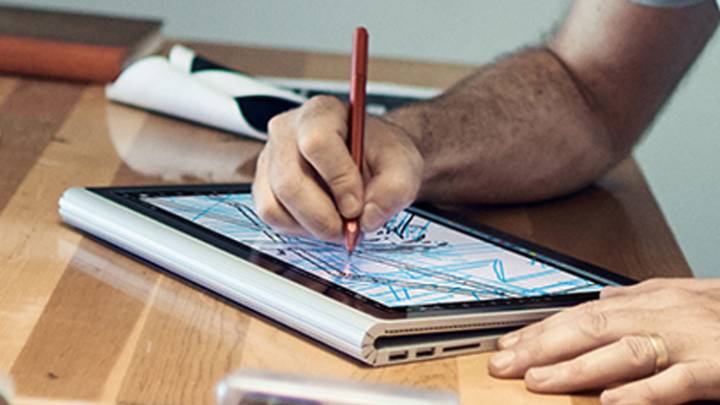 Microsoft last week made a huge splash when it unveiled the Surface Book, a versatile laptop with a detachable 13.5-inch display.  By all accounts, the Surface Book is the ultimate hybrid device and is arguably the most exciting new product to come out of Redmond in years. All in all, not a bad effort given that this is Microsoft’s first true foray into the world of notebook computing.

“I think anything can be forced to converge,” Cook once said during a 2012 earnings conference call, “but the problem is that products are about tradeoffs, and you begin to make tradeoffs to the point where what you have left at the end of the day doesn’t please anyone.”

“You can converge a toaster and a refrigerator,” Cook continued, “but ya know, those things are probably not going to be pleasing to the user.”

Indeed, the toaster/refrigerator analogy is something Cook has brought up on more than one occasion. In fact, Microsoft’s Terry Myerson, head of the Windows and Devices group at Microsoft, poked fun at Cook’s comments via a Tweet he sent out a few hours before the Surface Book was unveiled.

Speaking to Steven Levy, Apple executive Phil Schiller emphatically dismissed the idea that a multi-touch display has any place on a traditional laptop or desktop computer.

From the ergonomic standpoint we have studied this pretty extensively and we believe that on a desktop scenario where you have a fixed keyboard, having to reach up to do touch interfaces is uncomfortable. iOS from its start has been designed as a multi-touch experience — you don’t have the things you have in a mouse-driven interface, like a cursor to move around, or teeny little ‘close’ boxes that you can’t hit with your finger. The Mac OS has been designed from day one for an indirect pointing mechanism. These two worlds are different on purpose, and that’s a good thing — we can optimize around the best experience for each and not try to mesh them together into a least-common-denominator experience.

As Levy notes, it’s not that Apple has something against multi-touch on PCs, but rather, it strongly believes that “touch control should be a hands-down experience.”

While Apple has been known to reverse course before, there doesn’t seem to be any indication that it will do so in this regard. Unless the Surface Book begins selling like gangbusters and discernibly starts eating into Apple’s notebook and tablet sales, expect the clear divide between Apple MacBooks and iPads to stick around indefinitely.