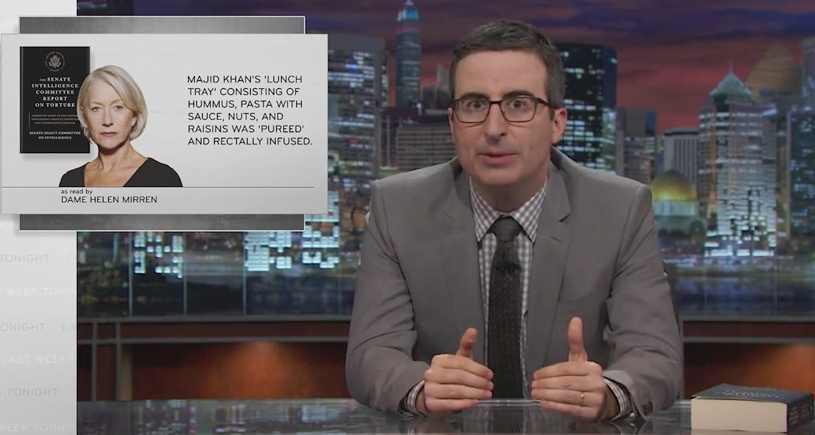 In case you’re not watching HBO’s Last Week Tonight on a regular basis then you might have missed a hilarious John Oliver take on a very serious matter. This time it’s not about net neutrality or FIFA corruption but on the American government’s use of “enhanced interrogation techniques,” or torture in simpler terms.

DON’T MISS: Microsoft just stunned us all by announcing backward compatibility for Xbox One

And indeed she will, as Oliver has hired the beloved actress to read an audio version of the report that includes descriptions of forced rectal re-hydration, among other unpleasant procedures.

The 15-minute segment talking about the torture is very funny, even though the chosen theme is very serious and somewhat sad – check the full video below: