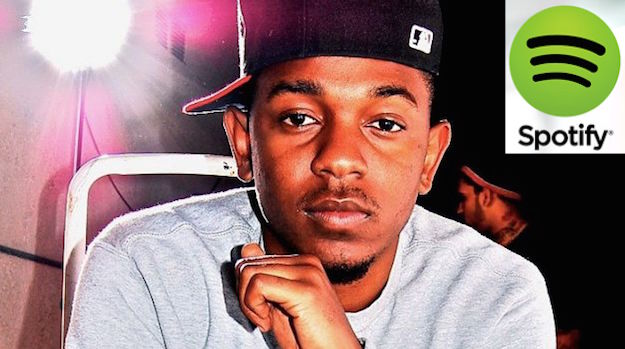 In case anyone is still wondering why Apple doled out $3 billion for Beats Music, all one has to do is look to the immense success and growing popularity of Spotify. Just this week, Kendrick Lamar’s new album, To Pimp a Butterfly, set a new Spotify record for the most streams in a single day, 9.6 million to be exact. Notably, the 9.6 million figure only includes songs that were listened the whole way through.

Indeed, Spotify records have come crashing down at a rapid clip in recent memory. In February, for instance, Drake’s latest album, titled If You’re Reading This It’s Too Late, amassed 17.3 million streams over the course of the month, setting a new monthly Spotify record in the process.

Related: Spotify CEO explains why Taylor Swift should be grateful

While the record industry is clearly moving away from the digital downloads model in favor of streaming services, it’s worth mentioning that not all artists are embracing the change. You might recall that Taylor Swift this past November removed most of her songs from Spotify after decrying the business model of on-demand music.

[All] I can say is that music is changing so quickly, and the landscape of the music industry itself is changing so quickly, that everything new, like Spotify, all feels to me a bit like a grand experiment. And I’m not willing to contribute my life’s work to an experiment that I don’t feel fairly compensates the writers, producers, artists, and creators of this music. And I just don’t agree with perpetuating the perception that music has no value and should be free.

Interestingly enough, Taylor Swift just so happened to be all on board the Kendrick Lamar bandwagon this week.

KENDRICK PUT HIS ALBUM OUT EARLY. NO ONE TOUCH ME. @kendricklamar

We’re guessing, though, that she actually bought the album.