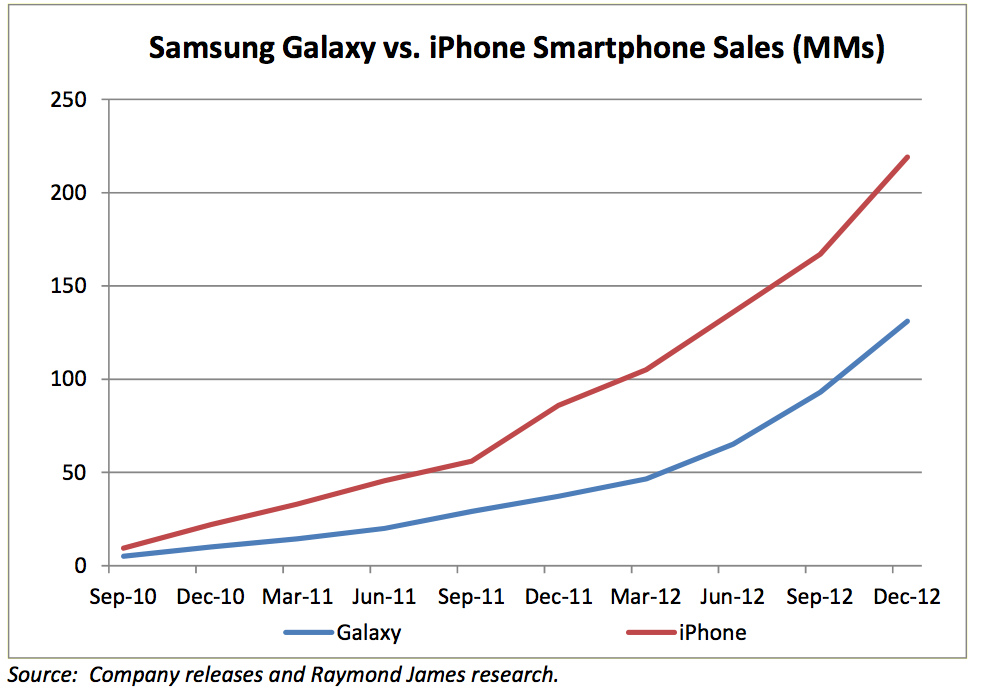 There have been an influx of reports in the last few weeks claiming Apple’s iPhone business is in turmoil. Tavis McCourt of Raymond James compiled a chart of the cumulative sales of the iPhone 4, iPhone 4S, and iPhone 5, and compared it against sales of Galaxy S and Galaxy Note smartphones. The analyst found that Apple’s (AAPL) flagship smartphones are doing just fine and have outsold Samsung (005930) 219 million to 131 million over the past two and a half years.

“Although undoubtedly Samsung’s Galaxy lineup has been tremendously successful, given the sudden negative sentiment related to iPhone, we thought it would be interesting to compare Galaxy sales vs. iPhone sales over the last two and a half years,” he said in a research note, according to CNET.

McCourt believes that Apple has extended its lead over Samsung in the last 12 months, although he notes that the company has begun to see more momentum with the release of the Galaxy S III.