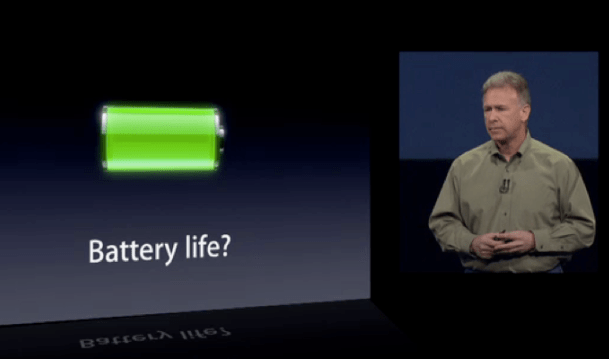 What’s the biggest gripe that people have about the iPhone? Conventional wisdom says that many people are put off by the device’s comparatively small display size, which explains why Apple will likely release two larger new iPhone models this fall. However, a new survey of more than 1,000 smartphone users conducted by uSell.com has found that it’s actually stronger battery life that iPhone users crave more than anything else.

Results of the survey, which uSell.com provided to BGR, reveal that 37% of respondents most want to see Apple improve the iPhone’s battery life while just 19% said they wanted the iPhone to get a bigger display.

“Even though a bigger screen is a much talked about iPhone improvement, nearly twice as many people consider improved battery life to be more important,” uSell writes.

These results are in line from other recent surveys of prospective buyers that have repeatedly shown battery life is one of the single most important things people look for in a smartphone. This doesn’t mean that Apple is going to start losing customers due to complaints about the iPhone’s battery life, of course, since the device’s virtues more than make up for deficiencies. But if Apple wants to find a new way to make its user base even happier, then giving future phones vastly improved batteries might be the best place to start.