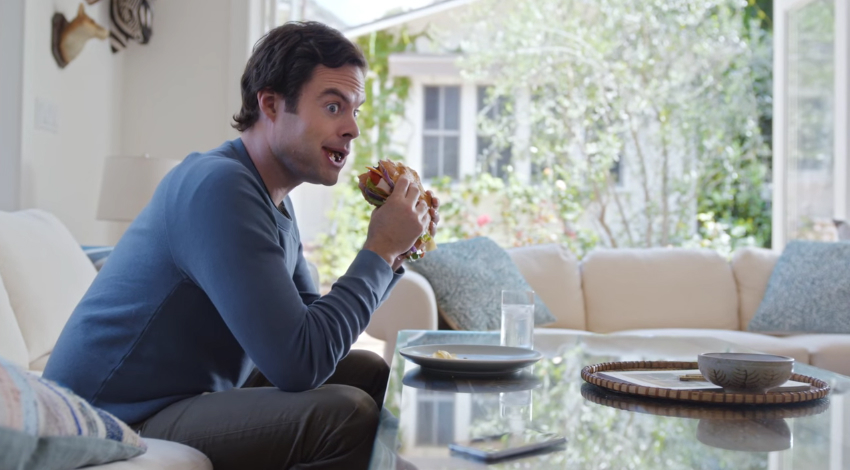 Apple has debuted a new 30-second ad to highlight one of the iPhone 6s’s major features while also making fun of a popular online scam. And comedian Bill Hader, who has appeared in previous marketing videos for Apple, certainly helped deliver the message.

The ad’s main message is that Siri has always-on listening capabilities on the iPhone 6s thanks to the new M9 co-processor. You just have to say Hey Siri out load and then issue your command to the virtual assistant – just make sure the iPhone is placed on a surface with the screen up.

In the ad, Hader, who’s feasting on a sandwich that’s too big to let him touch the phone, asks Siri to read him his emails. That’s where the online scam spoof comes in. An email from “Prince Oseph” promises “millions of currency” to Hader, assuming he’s interested. We’re not going to spoil the end, but it’s pretty obvious that Apple is making fun of the classic Nigerian Prince email scam that promises you large sums of money if you send the prince all of your bank account information.