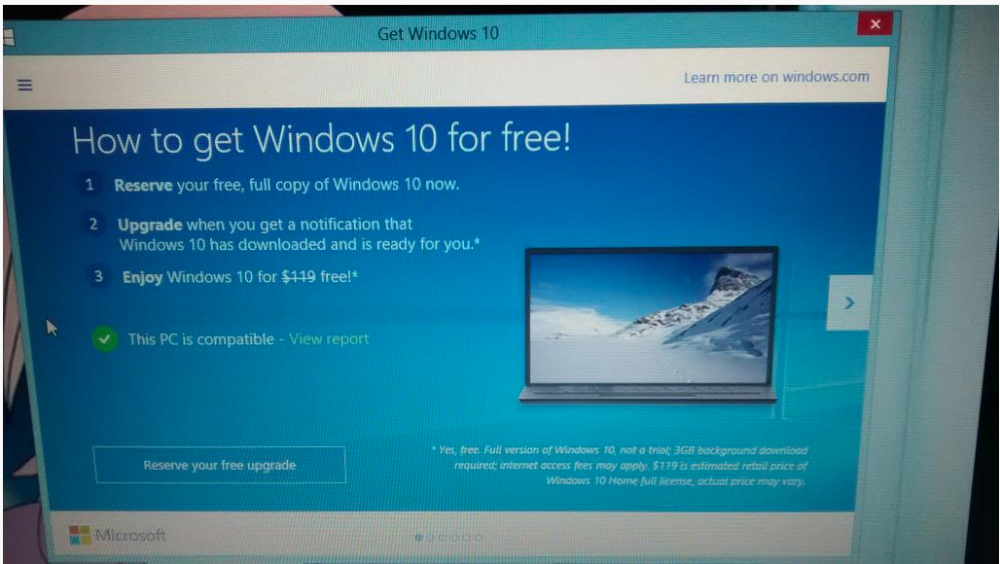 We get it, Microsoft, you’re dying to see as many users jump to Windows 10 as possible this year. That’s probably why you’re so insistent with reminders and full-screen pop-ups on computers eligible for the free update, and that’s why you’ve even upgraded some of these computers to Windows 10 without the user’s consent – though the latter tactic has been deemed to be an error that was patched.

But not all Windows 7 and Windows 8 users want to make the jump to Windows 10 yet, and all the spammy messages have to stop. Luckily, there’s a way to prevent Microsoft’s popups from annoying you with free Windows 10 upgrade reminders.

As Business Insider reports, people are still complaining on Twitter about Microsoft’s nagging about installing Windows 10.

In case you’re not afraid to edit a particular type of file on your computer, then you can edit the Microsoft Registry Editor (Regedit) so it doesn’t call up the popups while you’re using the computer. Interestingly, there’s even a help document from Microsoft that can assist you with that – see it at this link.

If that sounds too complicated, then you can try some special apps that do everything for you called Win10WiWi (Windows 10, When I Want It), or I Don’t Want Windows 10.

On the other hand, there shouldn’t be any reason to stick it out with Windows 7 or Windows 8, especially since Windows 10 is available as a free download until next summer. Furthermore, even if you end up installing Windows 10 and discover you hate it, you can revert to whatever you had installed on your PC. Ultimately, it’s the user’s choice to upgrade to Windows 10 or not, but Microsoft’s self-promo messages can certainly be irritating.