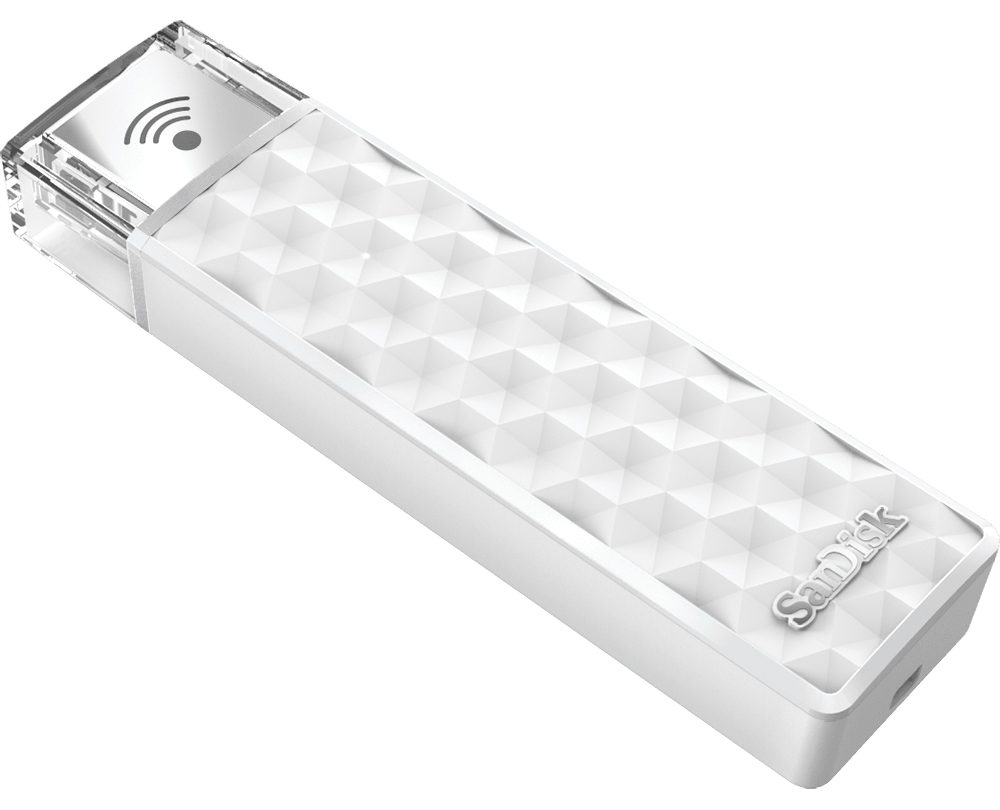 It’s 2016 but two major smartphone issues are yet to be fixed. First of all, there’s never enough storage on most mobile devices whether they’re new iPhones or Android devices. And then there are battery life problems. SanDisk has a new product that aims to fix one of them, and that the shortage of memory. The company has a few popular products that offer users extra memory on the go, and the company updated some of them, announcing new versions at CES 2016 that offer even more storage.

The SanDisk Connect Wireless Stick is one of the new products SanDisk is pitching in Las Vegas. We’ve seen it before, but it now comes in a 200GB capacity that retails for $119.99 from Amazon, Best Buy and from SanDisk.

The flash drive lets you transfer files wirelessly from a smartphone or tablet, including both iOS and Android devices, and works with Macs and Windows PCs as well. The SanDisk Connect app handles the transfers using password-protected connectivity and it even supports Live Photos taken on the new iPhone 6s models.

While the wireless stick is something iOS users looking for more storage should check out, Android fans might be more interested in a different kind of SanDisk flash drive, one that connects physically to their smartphones or tablets.

That’s the case with the SanDisk Ultra Dual Drive 3.0. The product isn’t new, but it’s now available in a 128GB version that retails for $59.99 on Amazon, Best Buy and SanDisk. Previously, the drive was available which only up to 64GB of storage.

SanDisk’s Most Popular Mobile Flash Drives Get A Massive Capacity Boost
New, enhanced 200GB SanDisk Connect Wireless Stick and 128GB SanDisk Ultra Dual USB Drive 3.0 give consumers the ability to get even more out of their favorite smartphones and tablets

LAS VEGAS–(BUSINESS WIRE)–SanDisk Corporation (NASDAQ:SNDK), a global leader in flash storage solutions, today expanded its mobile storage portfolio by upgrading two of its most popular mobile flash drives. The award-winning SanDisk Connect™ Wireless Stick is now available in 200GB* capacity, while the SanDisk Ultra® Dual USB Drive 3.0 is now available in 128GB capacity with faster transfer speeds, giving users even more options when it comes to expanding the capabilities of their mobile devices.

“With the explosion of content, people need more advanced storage solutions to keep up with the volume and quality of the photos, videos and files they’re creating on their mobile devices,” said Dinesh Bahal, vice president, product marketing, SanDisk. “Our goal is to deliver innovative, intuitive offerings that help them capture life’s great moments without worrying about storage limitations.”

Now with up to 200GB of capacity, the SanDisk Connect Wireless Stick is SanDisk’s highest capacity mobile flash drive, capable of storing thousands of photos and videos you can access and share at your fingertips. Recognized by CEA at CES 2016 as an “Innovation Honoree” in the wireless handset accessories category, the SanDisk Connect Wireless Stick is a popular choice for people looking for a simple way to transfer, share and stream content among their devices and computers.

The SanDisk Ultra Dual USB Drive 3.0 is a great solution for On-the-Go (OTG) enabled smartphone and tablet2 users looking to free up space and easily transfer photos and videos to a computer. At 128GB capacity, Android device users can now double the number of photos, songs, videos and other content kept close at hand without concern about filling their smartphone or tablet. In addition to the higher capacity, SanDisk has improved the performance of the device’s USB 3.0 connector, which can now achieve speeds up to 150MB/s3 from drive to computer, making it super-fast to transfer files.

When plugged in to an OTG-enabled smartphone or tablet, the OS native file explorer allows access to the SanDisk Ultra Dual USB Drive’s content. For further access, management and storage, Android device users can download and install the popular SanDisk Memory Zone app, which is available for free through the Google Play Store app. The app auto launches upon insertion of the drive into a compatible device, allowing immediate access to the user’s content and easy file management.

SanDisk Corporation (NASDAQ: SNDK), a Fortune 500 and S&P 500 company, is a global leader in flash storage solutions. For more than 27 years, SanDisk has expanded the possibilities of storage, providing trusted and innovative products that have transformed the electronics industry. Today, SanDisk’s quality, state-of-the-art solutions are at the heart of many of the world’s largest data centers, and embedded in advanced smartphones, tablets and PCs. SanDisk’s consumer products are available at hundreds of thousands of retail stores worldwide. For more information, visit http://www.sandisk.com.