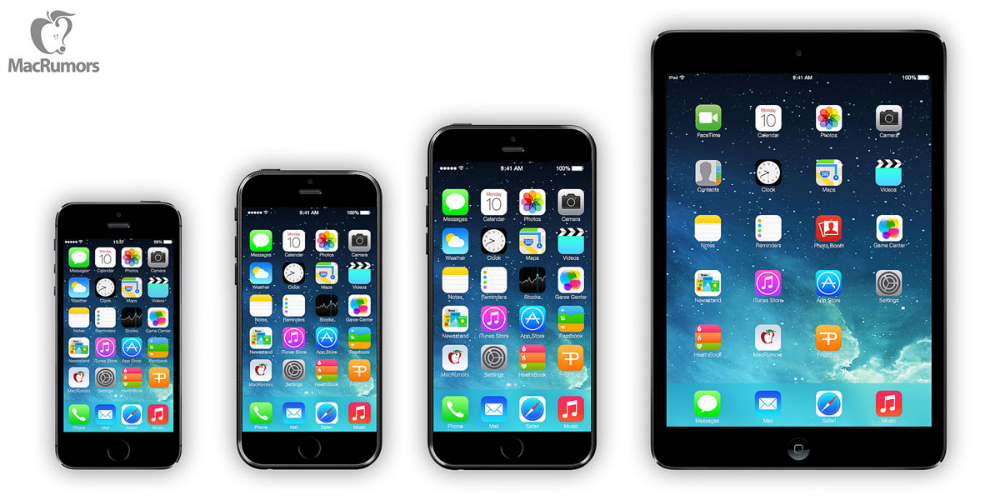 Alleged iPhone 6 design drawings that were leaked back in March have already inspired one designer to come up with a set of iPhone 6 renders that imagine what the new smartphone might look like. However, MacRumors has come up with its own set of renders based on the drawings, commissioning designer Ferry Passchier to render the 4.7-inch and 5.7-inch iPhone 6 models based on those design sketches and to compare them with current devices.

While similar to the iPhone 5s, these iPhone 6 models have certain unique elements. “ The top power button has been moved from the right side to the left side of the device,” MacRumors writes. “The rear camera on the larger model is also shown as protruding slightly from the rear shell, as is the case with the current iPod touch. The camera flash has also reverted back to a round-design unlike the one found on the iPhone 5s.”

An image featuring a comparison of the bigger iPhone 6 models with the iPhone 5s and iPad mini (above) is particularly interesting, as it shows how big Apple’s 2014 smartphones may be compared to existing iOS products.

More and more reports claim that the company may launch bigger iPhone 6 models this year, including evidence from the second Apple vs Samsung patent battle, which revealed  that Apple is more than aware that some customers want bigger smartphones.