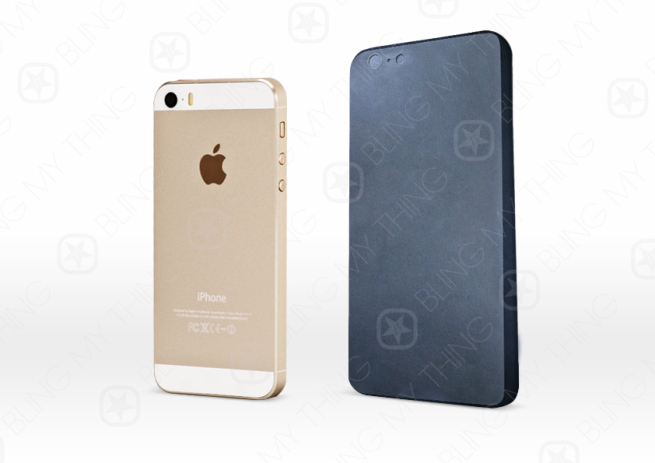 In the past, a number of unreleased smartphone designs have been revealed long ahead of their announcements by early protective cases shown off by third-party case makers. These companies manage to obtain accurate molds of the unannounced smartphones in order to get a jump on designing and manufacturing cases that will be ready at launch, instead of sometime later after the phone has been released. Now, one such mold that reveals the design of Apple’s upcoming iPhone 6 may have been discovered.

A user on 9to5Mac’s discussion forums points us to images of a purported case mold for Apple’s next-generation iPhone. The images were posted on a Japanese case maker’s blog, and while there is obviously no way to authenticate the case mold pictured, it does at least align with a number of early rumors.

The case mold reveals a device that is much taller than the current iPhone 5s, but only marginally wider, suggesting Apple might actually manage to do the impossible with the iPhone 6 and launch a smartphone with a much larger display that is still comfortable to use with one hand.

Aside from the larger display, Apple’s iPhone 6 will also feature a thinner bezel on the sides of the screen and the light sensor has been moved above the ear speaker, according to the supposed case mold.

The most recent report from an insider with a good track record suggests that Apple plans to launch two new smartphones later this year. One will be the iPhone 6, which will include a new 4.7-inch display with a pixel density of 389 pixels per inch and an Apple A8 processor clocked at 2.6GHz. The report also claimed that the iPhone 6 will be just 0.22 inches thick.

Apple’s second new iPhone model will reportedly be a larger phablet with a 5.5-inch screen. Both new devices are expected to launch this fall.

An additional image of the case mold follows below.