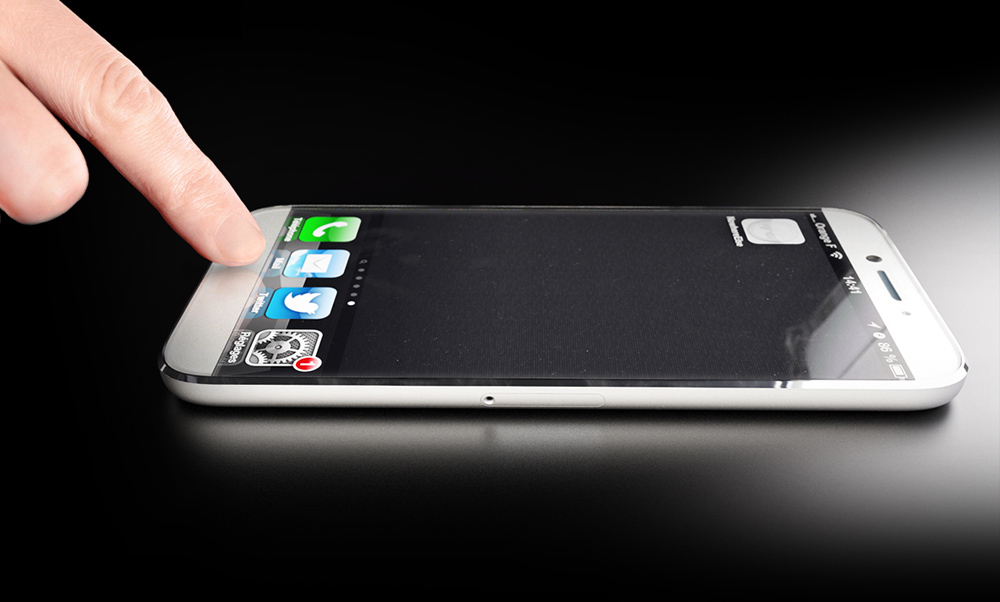 I had one single thought the first time I held Apple’s iPhone 5s in my hand: I want a bigger display. As I have covered here on BGR several times, most extensively in my review of the phone, the iPhone 5s is both Apple’s best iPhone yet and its least significant iPhone update thus far compared to the previous-generation model. Performance improvements in most use cases are barely perceptible compared to the iPhone 5, and there really isn’t much useful new functionality to speak of.

The iPhone 5s is still a great smartphone, mind you — the best of the year in 2013, in fact — but it isn’t the huge “S” jump iPhone users have grown accustomed to over the years. And compared to other leading smartphones on the market, the iPhone’s 4-inch screen is painfully small.

Among the key specs expected from Apple’s upcoming iPhone 6 is a bigger display. In fact, more than half a dozen independent reports from leading newspapers suggest Apple plans to launch not one but two new iPhone models this year, an iPhone 6 with a 4.7- or 4.8-inch display and a separate phablet-sized model with an even larger display.

In all likelihood, I will have no interest in an iPhone phablet. I explained why in an earlier post. But the smaller iPhone 6 will almost certainly be my new personal phone when it launches this fall.

But it will also be bigger, and therein lies the concern for many users.

I carry two phones with me at all times and the iPhone 5s is always the smaller of the two. Actually, every single flagship smartphone that has launched over the past couple of years has made its way across my desk. Among them, the iPhone is the smallest.

On one hand, the iPhone can be a breath of fresh air in a market that has been flooded with oversized handsets that have grown so large, they won’t fit in some pants pockets. A big draw for the iPhone 5s is that it’s very comfortable for people with average-sized hands to use with one hand or two.

But the tiny 4-inch display on the iPhone is a painfully small canvas compared to other high-end phones out there. For me, it’s too small. Even when I first reviewed the iPhone 5 back in 2012, I wrote that the taller screen on the phone added practically nothing to the user experience.

The iPhone’s display is too small but the handset is very comfortable to use with one hand or two. Other flagship smartphones out there are far too large to be used comfortably by many people, but the bigger displays are terrific.

When will we finally be able to buy a smartphone with a good-sized display that isn’t too big for the average smartphone owner to hold and use comfortably?

So far, it seems like a pipe dream. If there’s any company that can achieve this seemingly impossible feat, however, it might be Apple.

As we’ve seen from both LG and Sony, new smartphones set to launch this year feature nearly edgeless designs where the display stretches almost all the way to the sides of the phone. This could drastically reduce the overall footprint of upcoming smartphones, but rumors suggest that these handsets will sport very large displays that measure around 6 inches diagonally.

Even with barely any bezel on the sides, a phone with a 6-inch display is going to be a big phone.

Around the middle of last year, I started hearing chatter that designs Apple was testing for its 2014 flagship iPhone model featured displays that reached almost all the way to the side edges of the phone. A short while later, market rumors to the same effect began to pop up periodically and they have persisted over the past few months.

If Apple is planning a 4.7- or 4.8-inch iPhone 6 with a design that almost completely eliminates the bezel on either side of the screen, it may indeed be the most pocketable and comfortable smartphone on the planet with a display in that size range. In fact, it probably won’t be that much wider than the iPhone 5s.

This is my hope. The iPhone is my main phone for work and personal use, just as it has been since 2007. But it’s not 2007 anymore. Bigger screens have numerous benefits and I want them all on my next iPhone.

If Apple can give us these benefits without a substantial increase to the overall size of the phone, it won’t just make me and millions of other current iPhone users happy, it will also catch the eye of former iPhone owners who made the jump to other smartphone platforms in search of a bigger screen.

In other words, we could definitely be in store for another record holiday quarter from Apple this year.