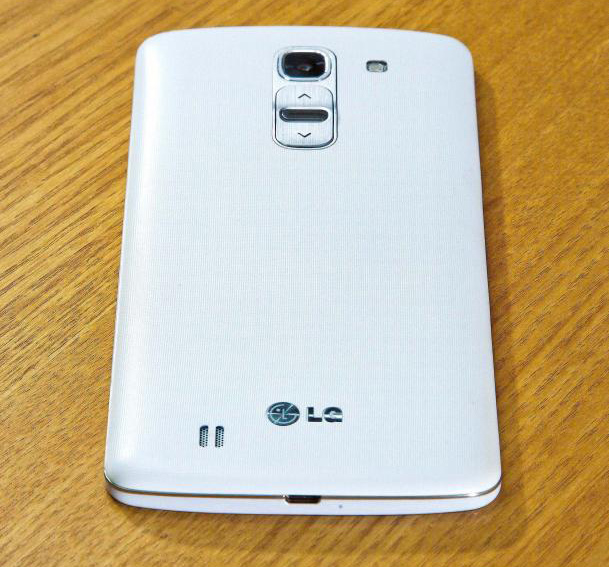 The LG G Pro 2 will reportedly pack an even slimmer bezel than the LG G2, according to South Korean publication fnnews. The device, which LG confirmed it will unveil at MWC 2014 this month, will reportedly have a 5.9-inch display and a bezel that is just 0.4 millimeters thick. Assuming the data is correct, the display will take up 77.2% of the front side of the device.

The publication has also learned that the G Pro 2 will have an IPS Full HD display with pixels composed of red, green and blue subpixels.

When announcing the LG G2, the company has specifically highlighted the small bezel of the handset, which measures only 2.65mm, saying that the 5.2-inch display of the smartphone takes up 75.9% of the smartphone’s front side. Such an achievement was possible thanks to LG using two touch sensors instead of just one and moving the hardware buttons on the back. Furthermore, LG revealed that its red green and blue subpixels pattern allows the G2 to pack more subpixels into the Full HD IPS display of the smartphone.

It would make sense for LG to use similar technologies in upcoming flagship devices. So far, LG has only confirmed camera specs for the G Pro 2. The first leaked G Pro 2 images have already hit the web, although they only showed the back and profile of the phone – the image did reveal that the phone will have hardware buttons on the back as well.

LG is not the only company that’s focusing on significantly reducing the size of the side bezels. A recently leaked image has revealed that Sony’s upcoming Xperia Z2 smartphone may have very slim side bezels as well.