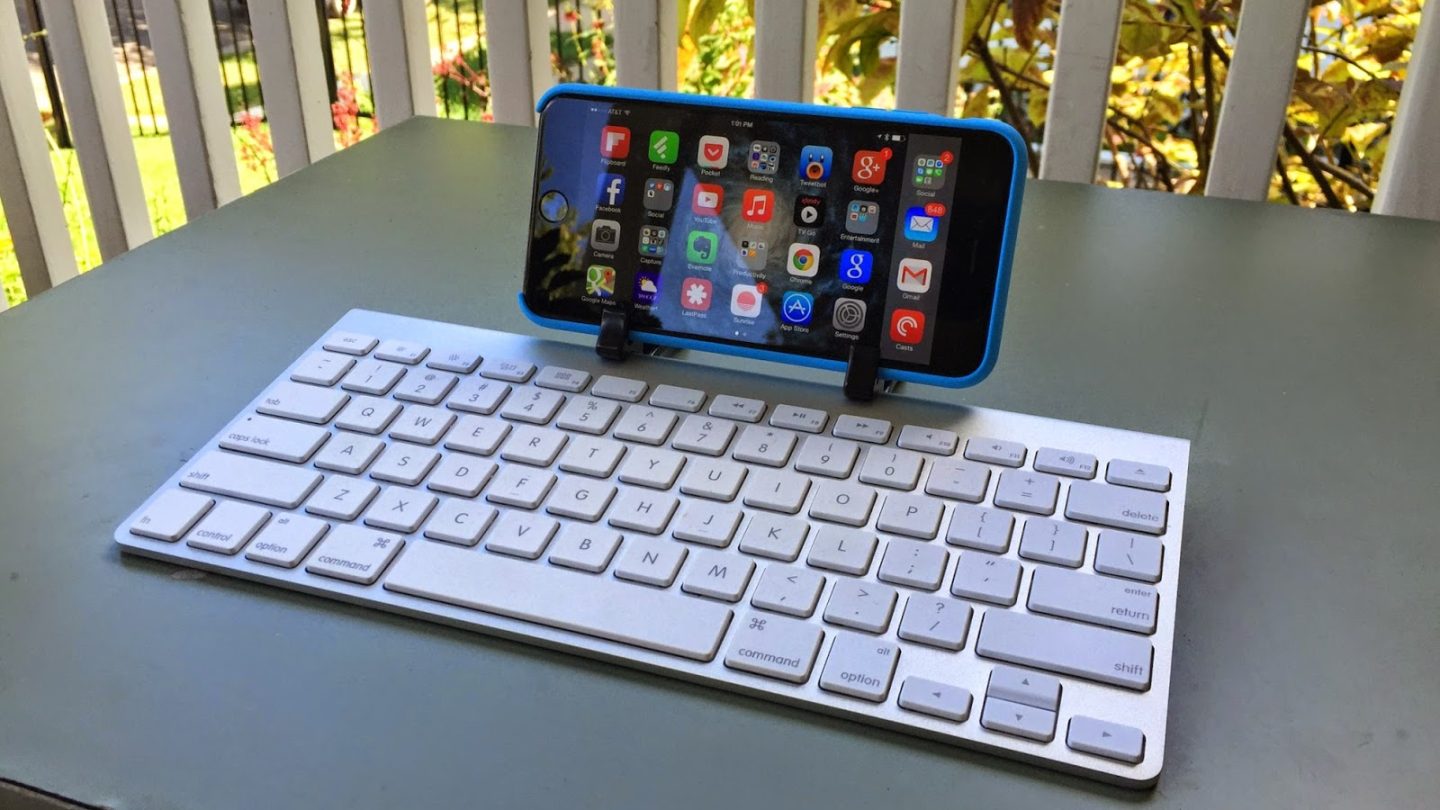 Before everyone finally got their hands on the iPhone 6 Plus, it wasn’t uncommon to hear concerns about its size. iPhone users that hadn’t been acquainted with a phablet pictured something along the lines of a phone just marginally smaller than the iPad mini, which, of course, was more than a slight exaggeration.

FROM EARLIER: The iPhone 6 Plus has hidden benefits even Apple might not know about

Nevertheless, the 6 Plus is a sizable device, which is why Julio Ojeda-Zapata of TidBITS wanted to see if it could replace his tablet altogether by picking up a Bluetooth keyboard to use in conjunction with Apple’s oversized phone.

After testing a wide variety of keyboards, Ojeda-Zapata found that some were almost as well-suited for the iPhone 6 Plus as they were for the tablets they were built to work with. As long as the keyboard is easy to transport and incorporates a stand that can hold the phone, the iPhone 6 Plus suddenly becomes a reasonable workstation. It’s not quite enough to take the place of a “primary productivity setup,” but for the occasions when you don’t want to (or can’t) lug around a laptop, your phablet will get the job done.

Be sure to check out the article in the source link below for all of Ojeda-Zapata’s keyboard recommendations.