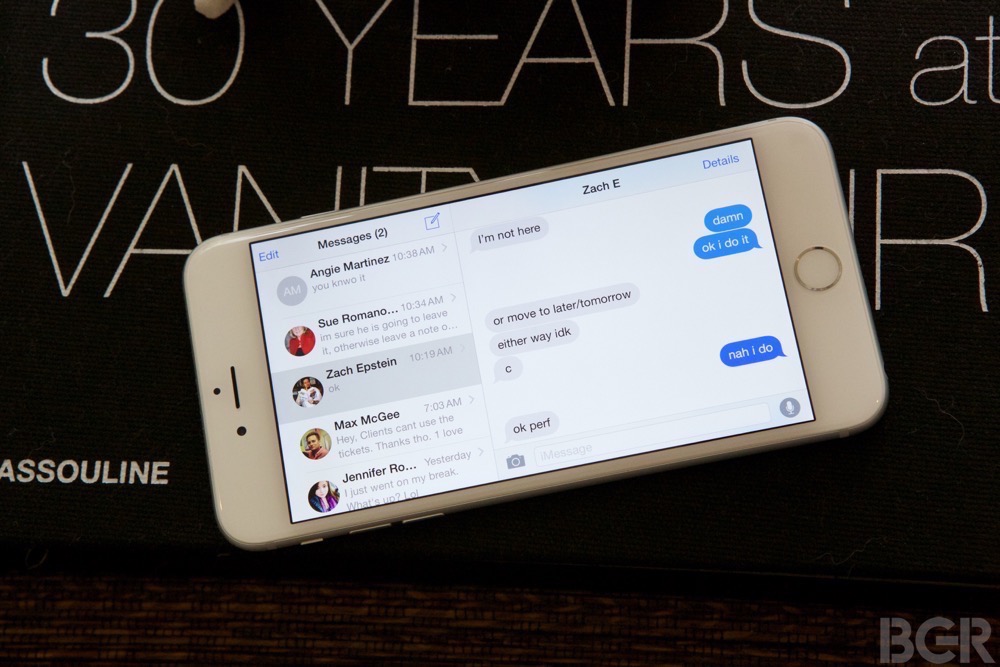 We don’t ever expect Apple to engage in a BlackBerry-style “tools not toys” marketing campaign for its devices, especially since history has shown that many people love the company’s “toys” just as they are. However, just because Apple doesn’t design or market its devices to be enterprise-centric work gadgets doesn’t mean that professionals can’t use them that way if they have the proper apps.

ZDNet’s James Kendrick has been using the iPhone 6 Plus for weeks now and he says the device is already changing how he works. Sure, he’s used iPhones before and he’s used phablets before, but he thinks that the iPhone 6 Plus is the first iPhone and phablet that he can use primarily as a work device to help him, as the saying goes, get stuff done.

“The iPhone 6 Plus has become a big part of my work day,” he explains. “I have it in hand far more than any phone that came before, and that’s quite a few. Tasks previously relegated to a tablet are now done routinely on the iPhone. It’s not a single feature, rather the combination of hardware and software that has resulted in the expanded utility I get from the iPhone 6 Plus.”

Among other things, Kendrick says that apps on the iPhone 6 Plus just look better than apps on other large phones, thanks in no small part to iOS’s less fragmented nature that helps developers design iOS 8 apps specifically for the device’s 5.5-inch display.

Of course, Kendrick’s job also involves mostly researching, writing and editing, which are tasks that can be more easily accomplished on the iPhone 6 Plus. It’s doubtful that if he had to, say, extensively use spreadsheets all day whether the device would suffice for work.

Nonetheless, it’s not hard to imagine other professionals finding similar uses for the larger iPhone, even if Apple will never brag about them in ads.