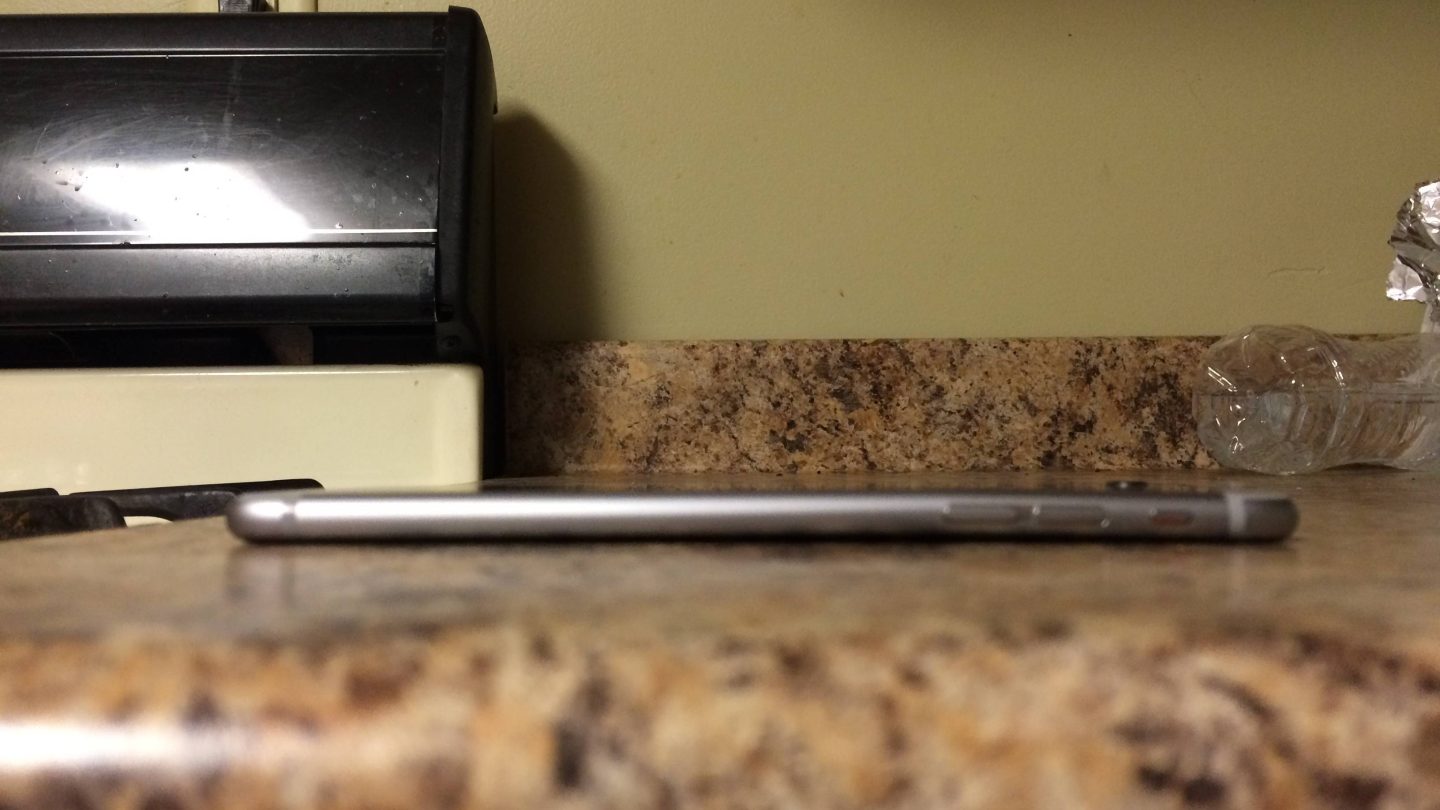 There’s a real question about whether or not bent iPhone 6 Plus models are actually a common occurrence but there’s no doubt that some models do seem to be bending for users under regular use. Over on Reddit, one iPhone 6 Plus owner has posted pictures of his iPhone 6 Plus (see above), which he says bent even though he “babied” it and placed it in a sturdy leather case.

RELATED: This tool was designed for the sole purpose of unbending your iPhone 6

Even more ironically, the owner says that his device bent after he repeatedly made fun of people who were “freaking out” over “Bendgate” when the controversy first arose just two short weeks ago. And indeed, if we look back through the user’s past Reddit comments, we can see that he did stick up for Apple once the first Unbox Therapy video popped up and quickly spread like wildfire across the web.

“Wow. You people are worrying and canceling orders already!” he sneered 14 days ago in a thread on whether the iPhone 6 would bend or not. “There’s been like 4 posts on the internet of dubious quality and everybody is acting like this is a epidemic! Relax people!”

He’s definitely not laughing anymore, although he insists that he still loves Apple and has never had a problem like this with any iPhone he’s owned before. He plans on returning the device to his local Apple Store, where he expects Apple will happily replace the device with an unbent model. He also doesn’t think Apple really needs to do any major damage control here because “Bendgate” still isn’t as big a deal as people are making it out to be.

“I think the best-case scenario is that they do a silent update on the design reinforcing the area, while announcing they are doubling down on their acceptance of bent phones very publicly,” he writes. “It’s not a game-breaking bug in anyway, it’s merely aesthetic. Just schedule an Apple Store appointment at the time of best convenience for you and get a new phone. I’m sure there’s going to be millions of phones that are unaffected by this problem.”

To check out the full Imgur gallery of bent iPhone 6 Plus pics, hit the source link below.