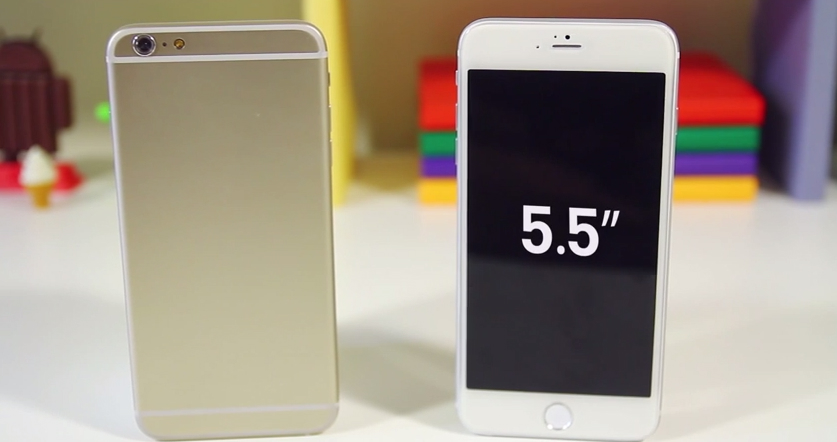 Apple is expected to unveil two iPhone 6 versions later this year, including a 4.7-inch model and a 5.5-inch model to finally compete against Android device makers that have been selling oversized smartphones and phablets for years. Insider Sonny Dickson, who has posted online many images detailing unreleased iOS products ahead of their launch, has shared new images with 9to5Mac showing the most important component of the bigger iPhone 6 model, the 5.5-inch display.

The pictures show only the purported iPhone 6 phablet display next to a ruler used to measure it – the ruler indicates the phone measures 14cm diagonally, or 5.51 inches. The leaked standalone display doesn’t appear to have any specific markings.

Previous image leaks have mostly focused on the 4.7-inch iPhone 6, with many dummy units revealing design details for the new iPhone, which were later found to be consistent with similar leaks showing dummy 5.5-inch iPhone 6 models.

The new iPhones are expected to be slimmer than existing iPhones, and pack a more iPod-touch-like design. Various design changes including redesigned volume buttons, rounded edges and corners, new antennas, new camera flash and the relocation of the power button, have been already shown in previous dummy unit leaks.

However, no leak to date has shown a working iPhone 6 unit. Apple is expected to release the new iPhone 6 at some point this fall.