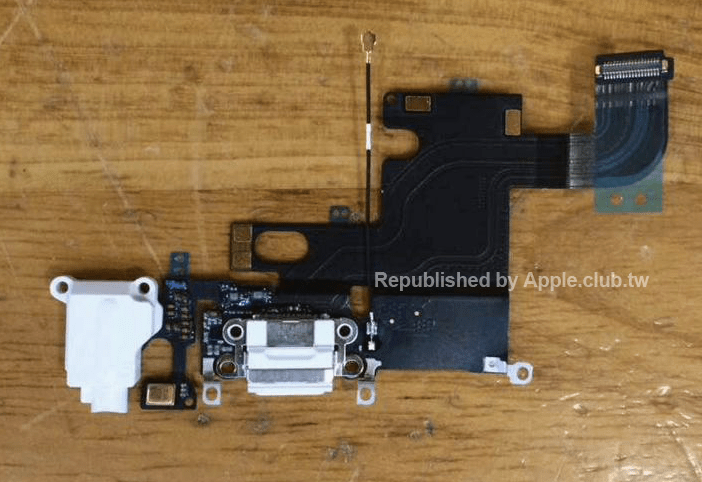 We’re more certain than ever that the iPhone 6 is less than two months from release, which means the leaks will likely continue unabated until Apple finally takes the stage this fall. On Tuesday, Apple.club.tw dropped one of the most substantial leaks we’ve seen so far, including images of the Lightning flex cable, headphone parts and the endlessly leaked rear shell for the iPhone 6 body.

As MacRumors points out, the flex cable appears to include a headphone jack next to the microphone and the Lightning port, similar to the arrangement on the iPhone 5s, but with two visible screw holes. Those holes do line up with the leaked rear shell though, giving a little more validity to the leak.

The rear shell is virtually identical to the seemingly dozens of leaks that have included the iPhone 6 case over the past few months. Most notable are the large white lines, antenna breaks which have stood out in nearly every leak we’ve seen up to this point. The embedded Apple logo from Monday has also reappeared in these images.

After another stellar quarter, Apple is looking to continue its hot streak this fall with what will likely be a dual release of both a 4.7-inch and 5.5-inch model of the iPhone 6. We’ll have to wait until September to see how close these leaks really came to the real thing.