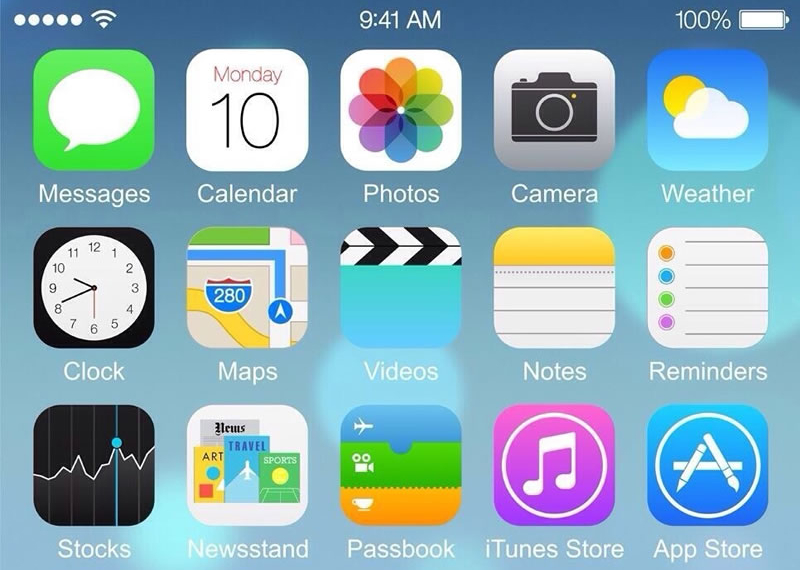 An screenshot that supposedly shows iOS 8 running on an iPhone 6 has been posted on Weibo, seemingly revealing what Apple’s upcoming new iOS build will look like on a bigger display. While the image is yet to be confirmed, it suggests the home screen will have a five by seven icon arrangement, including the five-app dock row, compared to the four by six grid on current 4-inch iPhones. Furthermore, the image has a rather strange resolution of 1,600 x 966 pixels that doesn’t really resonate with other screen resolutions Apple uses on existing iPhone and iPad models.

When it comes to apps, the screen is similar to the iPhone 5s, at least for a partial app arrangement. From Messages to Stocks, the apps are placed in the exact same order as in iOS 7’s default home screen. Also, four of the five dock apps are identical to the four apps on iOS 7’s dock.

However, there are several other apps present including apps from the iWork and iLife suites and, most importantly, new apps including Healthbook, CarPlay and a Watch Utility that takes central placement in the dock.

Other apps that were shown in recent leaks, including Preview, TextEdit and Tips, aren’t anywhere to be seen.

Weibo user @Zmeric did not say where he or she obtained the image from, or whether it’s a genuine iOS 8 screenshot image or a manufactured render based on existing iOS 8 leaks.

The full iOS 8 screenshot that was posted on Weibo follows below.