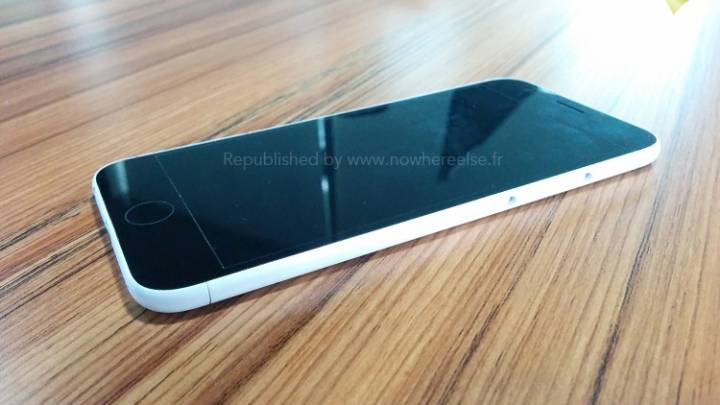 Studies have shown that potential iPhone buyers can’t wait for a bigger iPhone 6 to arrive, with the screen size being a major factor when deciding on their next smartphone purchase. But a new report seems to indicate that the iPhone 6’s display won’t just be bigger — it’ll also be better.

G for Games has picked up a report from the Chinese media based on Innolux supply chain sources that says the next iPhone 6 will feature a “touch-on display” panel, which features an “on-cell” technology, rather than “in-cell” tech, which is the type of display touch sensor technology found in current iPhones.

“The main difference between on-cell and in-cell is the fact that the former technology allows manufacturers to move the touch layer into the outer glass (such as the protective Gorilla Glass / Sapphire layer),” the publication writes. “According to the source, this allows manufacturers to create higher quality displays (faster screen response, no smear, no jitter, better color reproduction and so on).”

By moving to an “on-cell” display, Apple will be able to significantly reduce the thickness of the iPhone 6’s screen and thus the overall size of the handset, while also improving the touch sensor’s responsiveness, the screen’s visual performance and reducing manufacturing costs. Many distinct iPhone 6 mockups have been featured in a variety of reports, showing that the 4.7-inch handset would be significantly thinner than its predecessors.

When it comes to display providers, Apple has reportedly partnered up with LG, JDI and Innolux, while ignoring Samsung and Sharp. Of those three companies, JDI already has a display that appears to feature such “on-cell” touch sensor technology, the Full HD 5.5-inch screen used in the OnePlus One.

“Complementing those three features will be a beautiful 5.5” 1080p JDI display with 400+ PPI. JDI is Japan Display Inc., a joint venture by Sony, Toshiba and Hitachi that’s known for their great displays,” OnePlus wrote on its forums teasing the One handset in March. “In addition, it will feature TOL (Touch On Lens) modules which eliminates the distance between the touch sensor and display panel, while also being 300% more shatterproof than the competing OGS technology.”

“The screen is equipped with both CABC and DRAM technology. This new and innovative technologies sense when the contents on your screen are dynamic, and consume less energy when the image is static, allowing the vivid 5.5” display to consume even less power than normal 5.0” displays with the same brightness,” the company said.

That doesn’t mean though that the iPhone 6 will have the same display as the OnePlus One. But Apple’s second 2014 iPhone is rumored to have a 5.5-inch display. The screen technology Apple will use in the 4.7-inch model will likely be found in the 5.5-inch model as well.

Even more interestingly, in late March JDI announced an even more advanced 5.5-inch screen than the one found in the OnePlus One, which will feature 2K resolution and is available to handset device makers.

Similarly, LG confirmed it has its own 5.5-inch 2K display ready for the LG G3.