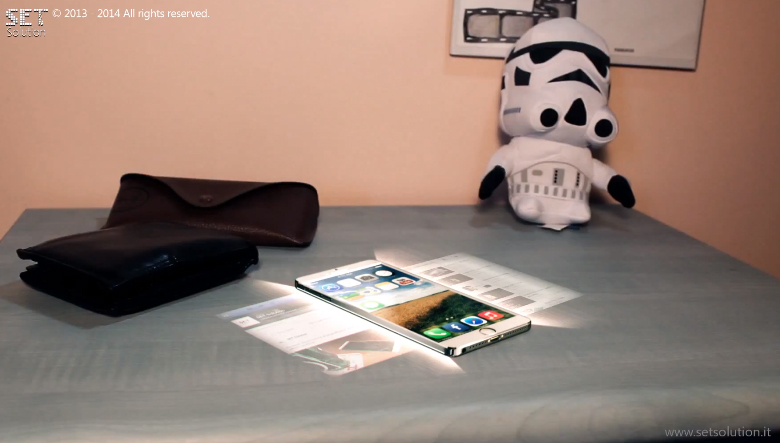 After a pretty convincing iPhone 6 concept video imagined what Apple’s next-gen iPhone may actually have to offer, a wilder concept proposes more advanced but very unlikely iPhone 6 features. The design team at SET Solution, which created several concept videos for upcoming Apple devices, imagined a new way the iPhone could compete against phablets and even tablets without Apple having to significantly increase the display size of the smartphone.

SET Solution’s iPhone 6 dream phone packs a couple of holographic projectors on each side of the device, which would let users extend the screen size of the device when placed on a flat surface, while also improving multitasking at the same time. Additionally, this iPhone 6 concept would offer an advanced gesture-based 3D screen unlocking feature, as well as in-app 3D content that would let developers create better “real 3D games.”

While this is just a concept that has nothing to do with Apple’s actual iPhone 6 plans, it still provides some interesting suggestions as to what future smartphones may be able to offer in the future once mobile technology advances to a point where such concept features may become feasible, especially considering that smartphone screen size can’t be significantly increased anymore without crossing over in phablet territory.