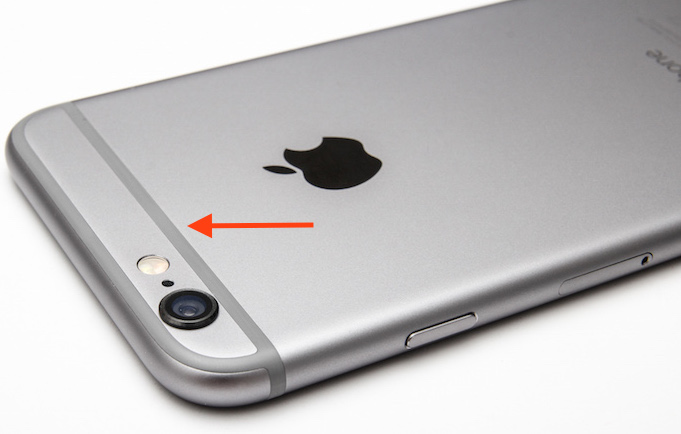 For as much as Apple cares about aesthetics, function will typically trump any and all design considerations. And so while the iPhone 6 design is unquestionably sleek, one can’t help but notice that there are two strips of plastic adorning the back of the device.

The reason for this is that the anodized aluminum Apple uses on the back of the iPhone isn’t an ideal material for allowing the various antennas within the device to send and receive radio signals.

But always looking to push the envelope, BusinessInsider points us to a new patent application from Apple detailing a new composite metal which retains the appearance of Apple’s long-favored anodized aluminum while simultaneously enabling radio signals to enter and exit with ease.

The patent was initially filed in February of 2014 and was only recently published by the USPTO last week. The patent’s abstract notes that Apple’s new metal gives the “enclosure a metallic look without interfering with the functioning of some electronic components of the electronic device, such as RF antennas, touch pads and touch screens.”

The body of the patent application reads in part:

Many computing devices have outer housings and coverings that include metallic surfaces giving the devices an aesthetically pleasing and durable look and feel.

One design challenge associated with computing devices is maintaining a sleek and consistent appearance of a metallic outer enclosure for housing the various complex internal components. Since metal is not radio frequency transparent, metal is generally a poor choice of material when the devices utilize electromagnetic wave transmission, such as radio frequency transmission for communication. In addition, metal is generally a high capacitive material, and as a result, not used to cover capacitive touch pads, touch screens and other capacitive sensors. Accordingly, portions of the housings that cover antennas and touch sensors are made of a non-metallic material such as plastic or glass.

Apple adds that the inclusion of plastic or glass on an otherwise metal enclosure can take away from the “the smooth and continuous look of the metallic housing.”

So will we see this newfangled metal utilized in future iPhone models?

Well, as with any patent application, that remains to be seen. It’s no secret that Apple patents everything under the sun. Consequently, innumerable Apple patents detailing new technologies often never see the light of day in a commercial setting.