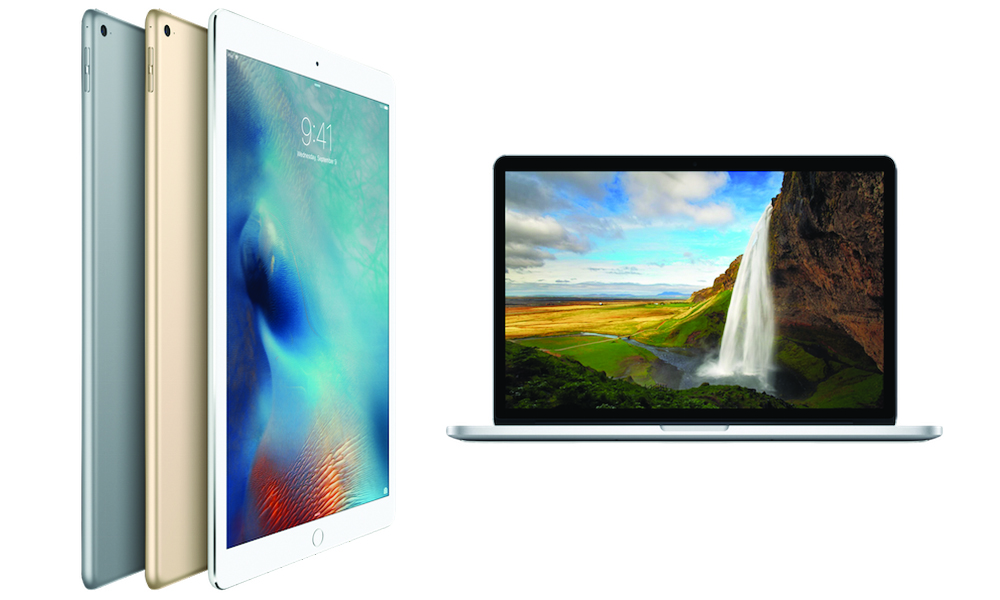 What in the world is Tim Cook thinking? Ahead of the iPad Pro’s release later this week, Tim Cook put on his salesman hat and took some time to talk to The Telegraph about Apple’s soon to be released gargantuan tablet.

In an effort to drum up hype for the company’s new iPad, Tim Cook was all too willing to throw the Mac completely under the bus.

“Yes, the iPad Pro is a replacement for a notebook or a desktop for many, many people,” Cook added. “They will start using it and conclude they no longer need to use anything else, other than their phones.”

As I’m sure Cook is aware, iPad sales are steadily dropping like an anchor making its way to the ocean floor. The statistics are rather jarring. Consider these three tidbits:

All the while, the Mac has never been stronger. In addition to record breaking sales, Apple’s Mac line generated 60% more revenue for the company last quarter than the iPad.

That being the case, why is Cook championing the notion that the iPad Pro is a suitable replacement for a notebook or desktop? If anything, iPad sales data we’ve seen over the past few years proves precisely the opposite.

For many consumers, an iPad is used as a secondary device; something to relax on the couch or in bed with, an undoubtedly convenient device to travel with. But a replacement for notebooks and desktops? That doesn’t seem to be a sentiment shared by most consumers.

Indeed, many of the early iPad Pro reviews we’ve seen have echoed this sentiment. For instance, here’s Walt Mossberg writing for The Verge.

You can get a lot more done with iPad apps than with the paltry selection of tablet / touch-first apps available for the Surface. But, because Apple hasn’t made a great keyboard, the iPad Pro isn’t a complete replacement for a great laptop like the MacBook Air — even for a tablet guy like me.

The iPad Pro will no doubt make a lot of Apple users happy, especially if they use it for graphics. But I won’t be buying one, and I don’t recommend that average users do so either.

What makes Cook’s statements on the iPad Pro even more perplexing is that Apple enjoys insanely healthy margins across the entirety of its Mac lineup. Why, then, try and tempt users with a less profitable device?

It’s hard to say what’s going on here, but my guess is that Cook is truly enamored with the iPad and is completely dumbfounded that sales have been trending downward for nearly two years now. As we highlighted before, the iPad Pro may very well be Apple’s last realistic chance to save the iPad line. So far we’ve seen Apple take the iPad smaller with the Mini and much thinner with the iPad Air. While both the Mini and iPad Air models are great devices, they haven’t done much to stop slumping iPad sales.

Somewhat comically, while Apple is busy touting the iPad Pro as a legit laptop replacement, the two accessories that really make the device shine — the Apple Pencil and the Smart Keyboard — won’t even be available for a few weeks after the iPad Pro goes on sale. And oh yeah, both devices will set you back an addition $270.