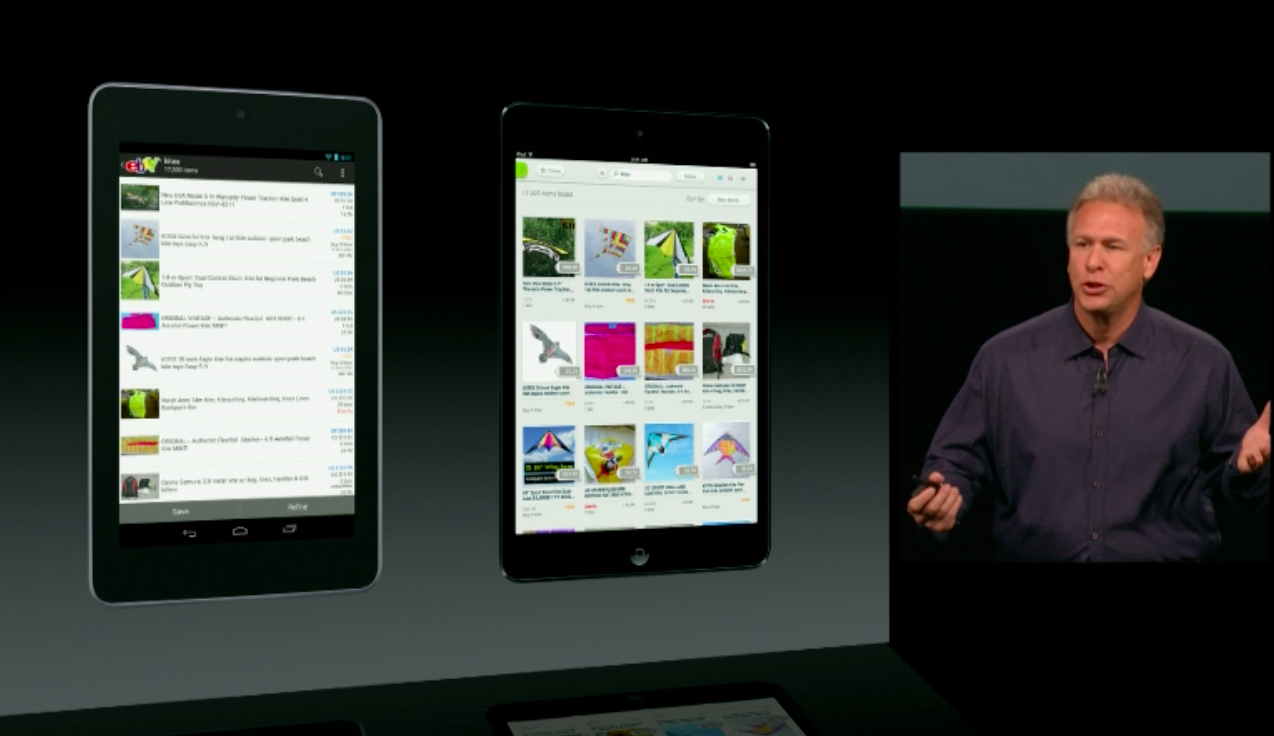 Apple (AAPL) does have its limitations as a company, as the Apple Maps debacle ably demonstrated. But when it comes to designing tablets, Apple is without peer and the new iPad mini that debuted Tuesday makes it clear that every other company is still playing catch-up to the company that first put tablets on the map.

In a lot of ways, the tablet is the perfect form factor that caters to Apple's core strengths, since tablets are best when they're light, thin and come equipped with a gorgeous display. All of these strengths were on display today when Apple compared the iPad mini side-by-side with Google's (GOOG) Nexus 7, a terrific tablet in its own right that has quickly become the best-selling Android tablet this year. But as great as the Nexus 7 is, the design decisions Apple made with the iPad mini put it to shame.

First, and most obviously, there are the choices Apple made on the display. As had been previously rumored, Apple made the side bezels on its new tablet significantly thinner than most seven-inch tablets, thus giving the device significantly more screen real estate despite being roughly the same overall size as the Nexus 7. Similarly, Apple's decision to position its home button further down on the bottom of the device compared to where the Nexus positioned its buttons opens a decent amount of extra room for the display. Just looking at the iPad mini and the Nexus 7 side-by-side loaded with the same webpage, you can see that the Apple tablet comes much closer to giving a page's complete presentation with less need for additional scrolling or zooming.

The iPad mini is also lighter and thinner than the Nexus 7: It weighs in at 308 grams and is just 7.2 millimeters thin, while the Nexus 7 weighs 340 grams and is 10.45 millimeters thin. Once again, this is the aspect of tablet design that is right in Apple's wheelhouse since the company has for years been setting the standard for creating slimmer computers and devices that are easier to carry around than their competitors' products.

Of course, we can't give a definitive verdict on the iPad mini until we've played around with it ourselves. But just looking at the device's overall design compared with other tablets in the seven-inch display range, it appears that Apple has once again set the standard for how tablets should look and feel, just as it's been doing since the first iPad came out.