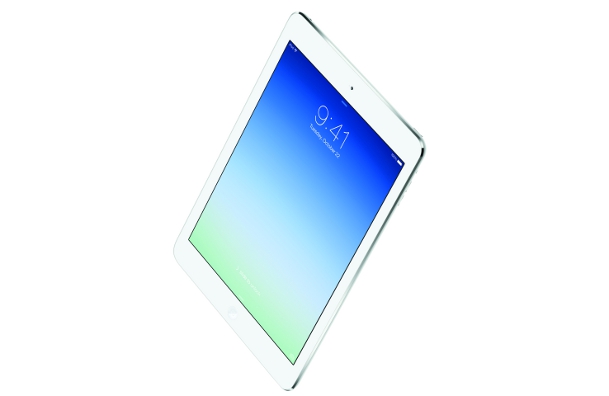 Android tablets have led the iPad in market share for a while now and Windows-based tablets will likely take off at some point as well. Does this make Apple worried? That’s doubtful — the company has shown again and again that it cares much less about maintaining market share than it does about maintaining high margins for its tablets. To back that point up, IHS has put out some research this week showing that while most tablet vendors are trying to compete with each other aggressively on low prices, Apple is sitting back and selling its tablets at high prices and getting high margins in return.

“Interestingly, in an environment where competitors on both the Android and Windows sides of the market are using price cuts as their most powerful marketing tool, Apple actually increased its revenue per iPad unit in the third quarter by $3,” explains IHS researcher Rhoda Alexander. “Hardware profit plays a big role in Apple’s success, enabling the design, durability and performance innovations that in turn support Apple’s premium pricing.”

At this point, it seems that Apple has built up a large enough user base that’s willing to shell out higher prices for its products and thus help the company escape the race to the bottom that many rival electronics vendors have found themselves running. The fact that Apple priced its Retina-equipped iPad mini $70 higher than it priced the original iPad mini shows that the company has little fear that its customers will flee for cheaper Amazon and Samsung tablets going forward. As long as Apple fans keep forking over money for high-priced products, the company doesn’t need to worry about market share.

Despite Weak Quarter, Apple Remains on Top of Tablet Market in Q3

Apple shipped 14.25 million iPads during the third quarter, including the mini and its larger 9.7-inch counterpart, giving the company a 29.7 percent share of unit shipments, according to IHS Inc. (NYSE: IHS). This represented a decrease from Apple’s second-quarter shipments of 14.62 million and its market share of 33.5 percent, as presented in the attached figure.

Apple’s weaker shipment performance in the third quarter was primarily due to a shift in the company’s product release cycle. The company changed from a two-pronged launch approach in 2012—with tablet launches in the spring and the fall—to a single fall release in 2013. The lack of a second-quarter product release and anticipation of a fourth-quarter product update resulted in tepid year over year sales in the third quarter.

Samsung has expanded its tablet lineup over the past year, mirroring the approach that has brought it success in the smartphone market, with an array of offerings geared to hit a variety of price points.

“The erosion in Apple’s unit shipment market share was inevitable,” said Rhoda Alexander, director, tablet research for IHS. “Cheaper almost always wins the volume race, and competitors were quick to adjust pricing when it became clear that it was impossible to achieve anything close to Apple’s unit growth at the same price level. The resulting surge in sub-$250 alternatives catapulted Android to the leading operating system in tablets in the third quarter of 2012, but left vendors searching for profit in an increasingly competitive market.”

Although Apple may be losing share on the unit shipment front, the contest tells only part of the story.

“Interestingly, in an environment where competitors on both the Android and Windows sides of the market are using price cuts as their most powerful marketing tool, Apple actually increased its revenue per iPad unit in the third quarter by $3,” Alexander noted. “Hardware profit plays a big role in Apple’s success, enabling the design, durability and performance innovations that in turn support Apple’s premium pricing.”

Apple recently passed the 170 million mark in terms of cumulative units sold since the launch of the first iPad, easily eclipsing the 8.8 million units of other types of tablets shipped before Apple entered the market in the second quarter of 2010. Samsung, its closest competitor, has shipped 54 million units since it arrived in the tablet market in the fourth quarter of 2010.

Other tablet brands are also stepping up their game. Asus of Taiwan, which recently launched the second generation of its popular Nexus 7 tablet, had substantially stronger quarter-on-quarter growth than either Apple or Samsung at an 87 percent expansion. For its part, Lenovo’s strong regional presence in China played a large role in its 94.6 percent quarter-over-quarter growth, but equally important is its strength in Europe and in emerging markets such as Latin America.

While vendors such as Samsung, Asus, and Lenovo have all been a part of the growth of the Android operating system in the tablet arena, much of the heavy lifting has been done by little-known, regional vendors based in China that have blanketed the globe with minimally configured, Android-based, 7.x-inch tablets at price points of $100 or less.

“The growth in cheaply made, inexpensive Android tablets is a key piece of the growing imbalance between shipments and usage measurements in the tablet world,” Alexander said. “The cheaper tablets tend to have much higher return and failure rates. This results in much shorter overall product lifetimes in the Android market than in the iOS space, and contributes to iOS still leading the tablet market in installed base, despite Android’s lead in unit shipments over the past year. The size of the installed base is critical because it measures actual devices in use, a key metric for content and application developers.”

Access to a global distribution network has also played a key role in the tablet market, with some of the early market leaders. Most notably Amazon has struggled to compete globally, as the market has shifted from one centered in North America to Europe, China, and emerging markets. The global sales networks that Apple, Samsung, Asus, Lenovo, and Acer had in place before entering the tablet market have been critical to their individual successes, as has their ability to ride the coattails of the Android ecosystem. Amazon’s decision to go it alone on the content side, with a customized version of Android, may still bring the firm long-term success in growing its sales base for the wider array of Amazon offerings, but some short-term hurdles could be present in the company’s global expansion of its tablet sales.

“In an increasingly bifurcated tablet market, Apple has yet to experience any serious competition for the premier customer, particularly those users wanting to do more with a tablet than watch videos, surf the Web, and do email,” Alexander noted. “Given Apple’s recent system and software announcements, it is clearly moving beyond the basic consumer tablet market and targeting the remaining personal computer users.”

With new Windows-based tablets entering the market at prices less than the base unit of the newly configured iPad mini with Retina display, Apple is on track to lead the tablet market on revenue for years to come, IHS believes.