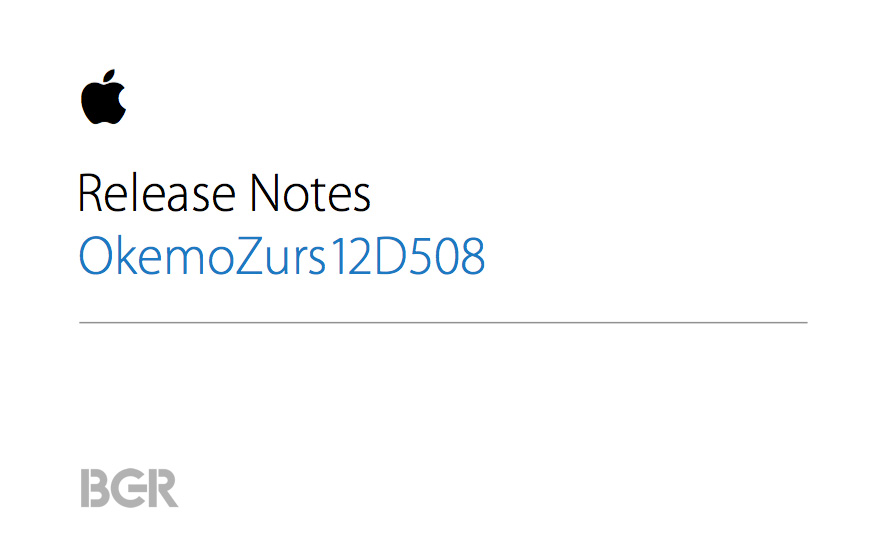 We reported that Apple was nearing the public release of iOS 8.2, but the company has decided to release one more GM build to employees and testers ahead of an expected launch this coming Monday. The build is 12D508 and we have also been given the official internal change log with all release notes.

The full release notes are available below: