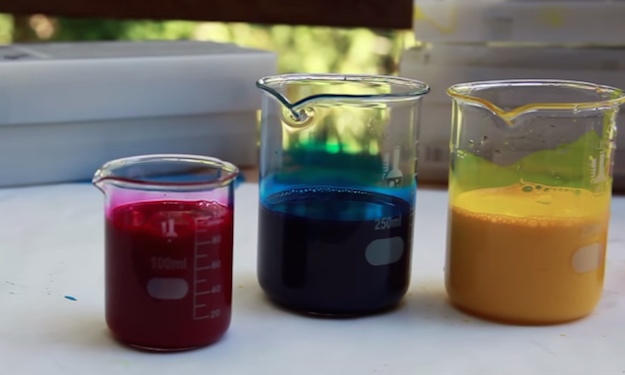 Technology has advanced by leaps and bounds in recent years. Computers have gotten faster, phones have become magical portals to nearly every piece and type of information on the planet, and TVs have gotten razor-thin. Concurrently, modern technology has become easier and more intuitive.

Printing, however, is the exception to the rule. Printing, for reasons that defy logical explanation, remains a clunky, confusing, and aggravating endeavor. And to top it all off, printer companies, in addition to blessing us with nothing but frustration, are all too willing to rip us off in the process.

Ars Technica recently relayed a story about how Bellevue Fine Art — a printing company based out of Seattle — grew curious after their $5,000 top of the line Epson 9900 printer ran out of ink surprisingly quickly. With each ink cartridge on the Epson 9900 costing about $3800, Bellevue Fine Art decided to investigate. Their first order of business? Cutting open what were ostensibly empty ink cartridges.

After taking a closer look, they were astonished to find that the “empty” ink cartridges, some of which were supposedly down to just 1% of ink, were in some instances still 20% full.

You will probably be unsurprised to hear that there was actually a lot of ink still available: in a 700ml cartridge, there was generally between 100 and 150 millilitres of ink still in the bag, about 14-21 percent. In smaller, 350ml cartridges, between 60 and 80ml of ink remained or about 17-22 percent.

If any of this sounds familiar, it’s because this very issue has been investigated on numerous occasions, and each and every time, the findings raise more than a few red flags.

Back in 2008, for example, PC World ran an extensive series of cartridge tests across a number of different printers from the likes of Canon, Epson, and Hewlett-Packard. Their findings, believe it or not, were even more jarring than Bellevue Fine Art’s. In some cases, PC World found that some printers refused to operate even when some ink cartridges were as much as 40% full.

“The quantity of unused ink ranged from about 8 percent in an Epson-brand cartridge to a whopping 45 percent in an aftermarket cartridge for a Canon printer,” the report reads. “After posting low-ink warnings, those printers wouldn’t let us resume printing until we inserted a new cartridge.”

Over the years, a few explanations surrounding printer cartridge misreadings have been put forward. Still, none of them have ultimately proven to be all that persuasive. Additionally, it’s sometimes hard to take what printer companies say at face value given that their entire business model rests on consumers buying and replacing ink cartridges as frequently as possible.

Lastly, below is a video that Bellevue Fine Arts put together which documents just how much ink is going to waste when their printer issues pre-emptive empty warnings.