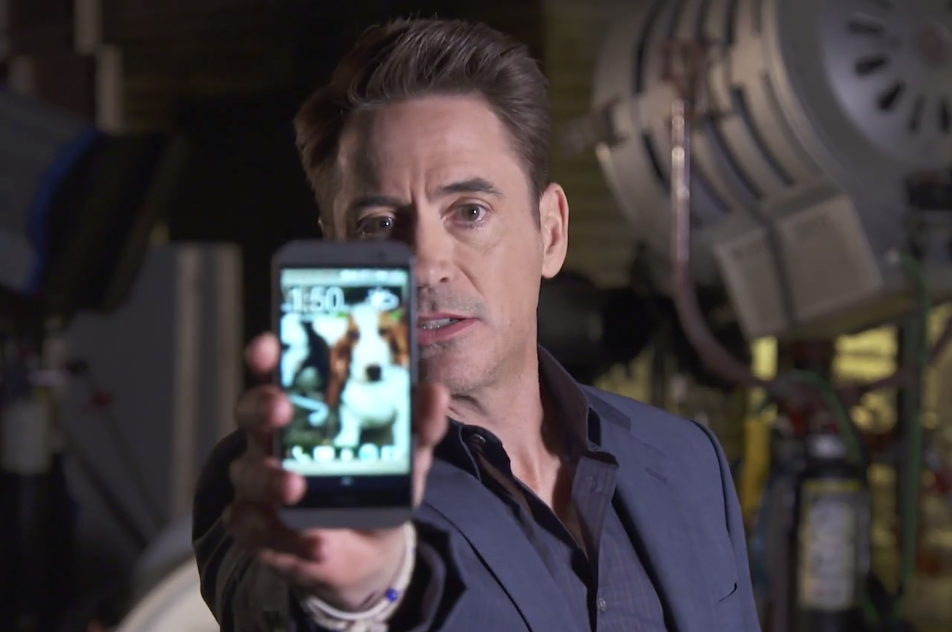 Hey, remember when HTC went out and snagged Robert Downey, Jr. for what was supposed to be a major $1 billion marketing campaign? And remember how the only thing that came from it were utterly nonsensical ads that barely even made mention of any of HTC’s products? If not, we don’t blame you: It’s something we’d like to forget as well. It’s been months since HTC’s marketing team unleashed the Downey-led Hipster Troll Carwash ads onto the world and now the company is finally back with a new promotion featuring Downey and it might be the single most depressing spot for a smartphone we’ve ever seen.

The video shows Downey in a film studio giving eighth-hearted praise to the new HTC One (M8) for its award-winning design while making a couple of lame jokes. The entire video looks like HTC stormed onto a movie set and forced Downey at gunpoint to make a spot for them — neither his heart, mind, pancreas or any other part of him really looks all that into it. To say that Downey is phoning it in would be an insult to phoning it in — watching him in this promo video is only slightly less depressing than witnessing a puppy massacre.