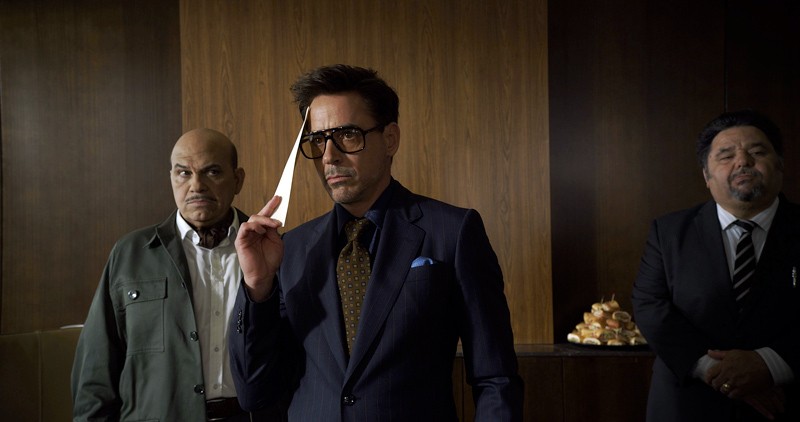 HTC built one of the world’s very best smartphones with the HTC One but this still hasn’t stopped the company’s decline in profitability. Desperate to regain some of the ground it’s lost to Samsung over the past couple of years, HTC has decided to shoot big by reeling in Robert Downey, Jr. to help it kick off a $1 billion ad campaign aimed at rebuilding the company’s lost brand power around the HTC One.

On the surface, this makes sense. One of the reasons that Samsung has become the top Android vendor in the world has been its Death Star-sized marketing budget that produces very effective and clever ads that have positioned the company as the perfect alternative to the iPhone. If you’re going to compete with Samsung and Apple in the high-end smartphone market, you’ll need to lay down a lot of money to make your brand stand out among the current twin titans of the mobile industry.

However, the time to launch this giant marketing blitz was back in March when Apple was being relatively quiet and before Samsung unleashed the Galaxy S4 and its assorted brothers and sisters into the world. The HTC One is now almost half a year old and will soon have to face fresh competition from both the iPhone 5S and the Galaxy Note III, both of which are slated for back-to-school launches in September. HTC’s decision to fly right into the teeth of the coming Apple/Samsung marketing hurricane is highly questionable to say the least.

Then there are the ads themselves. The first phase of the ad campaign literally involves making jokes about the meaning of the “HTC” acronym. If you think I’m making this up, here’s what HTC actually said in its press release on the campaign this week: “With Robert Downey Jr. as the instigator of change, the creative ads explore imaginative HTC word associations to invoke interest and talkability amongst consumers. […] Designed to demonstrate HTC’s role as a change maker the ad creative will feature a range of possible HTC acronyms including Humongous Tinfoil Catamaran and Hipster Troll Carwash.”

As you can see with the 15-second clip posted below, HTC is not bluffing.

Now, maybe these goofy acronyms are a way of searing the HTC brand into consumers’ minds, thus paving the way for more substantive ads that will arrive in the future. And to be fair, HTC does say that the campaign’s second phase “will feature executions which highlight how HTC innovations — like BlinkFeed, Video Highlights and BoomSound — have changed the face of the mobile industry.” But why not start off with those ads instead of leading with ads that seem just as baffling as Microsoft’s ill-fated campaign to show off the Surface’s power to help you learn break dancing?

I’m honestly not trying to be too down on HTC because I think it makes terrific devices and I want some company — whether it’s HTC, Nokia or BlackBerry — to emerge as a real challenger to the Apple-Samsung duopoly in the high-end smartphone market. But HTC has taken a major gamble by spending $1 billion on this ad campaign and the early returns do not look promising. If these ads don’t lead to a big spike in HTC One sales, then it will become clear that “HTC” really stands for the “Hopeless Taiwanese Company.”