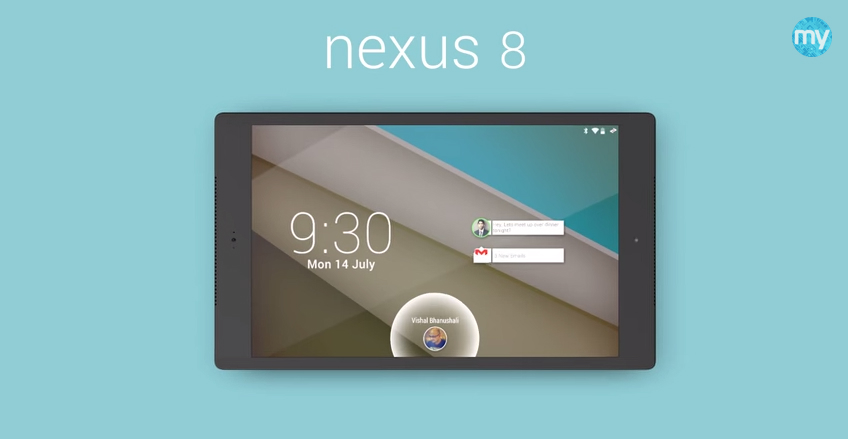 Google has yet to unveil new Nexus hardware this year, but at least the company confirmed at I/O 2014 that it doesn’t plan to cancel its Nexus line of devices, as some reports suggested. Before the conference, Google code sightings revealed an unreleased HTC Volantis tablet. Furthermore, an image published by Google during the developers event may have possibly shown the HTC Nexus tablet that was detailed in previous reports.

YouTube channel My Gadgetic has put together a quick concept video for an HTC Nexus 8 tablet running Android L. The device seems to be inspired by the tablet Google used in its Material Design images posted at the developers conference, featuring a slim design with square corners and stereo speakers with BoomSound.

Obviously, this is just a concept that has nothing to do with the actual product HTC is rumored to be in development.

Since early 2014, various reports claimed HTC will mass-produce a high-end Android tablet for Google, with other rumors saying the device will feature an 8.9-inch display rather than a 7-inch screen like the previous Nexus 7 tablets – because of that screen size, it’s not clear whether the device will be called Nexus 8 or Nexus 9.

Meanwhile, others reports have detailed the specs and features of the upcoming Nexus tablet, revealing it’s supposed to launch in late 2014 alongside Android L, and that it should have an entry price of around $399. Finally, the Nexus tablet was also spotted recently in a shipping manifest.

The full video showing this Nexus 8 concept follows below.