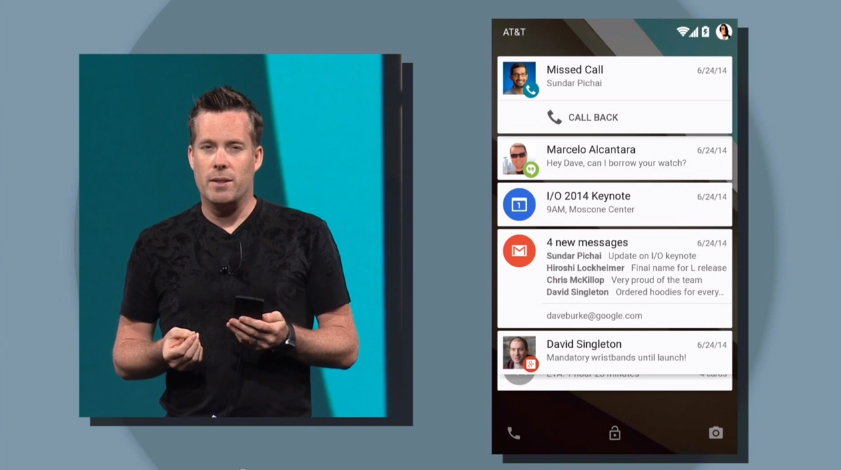 Google had some very exciting announcements in store yesterday concerning its operating systems and web services, but the company did not reveal certain details that regular consumers may have been anxiously awaiting, such as an actual name for its Android L release – which some say is Lollipop – or a Nexus 9 tablet. However, that doesn’t mean that Google did not troll the audience during the keynote with these two products.

This happened in the first hour of the event, suggesting that Google might unveil the name for L by the end of it. Sadly, that did not happen, and Google didn’t even mention whether Android L is Android 5.0 or Android 4.5 – not that it matters much in the end.

As for the Nexus 9, Google posted a press render image on its special Design guidelines page to highlight its Material Design language across devices, including smartphones, tablets and laptops. In it, Google may have shown off an HTC Nexus 9 render, PocketNow reveals.

The rendered tablet is taller than the Nexus 5 smartphone while in landscape orientation, which can’t be said about the Nexus 7. It also has other elements including front-facing speaker and front-facing camera placement that aren’t similar to what Google’s 2013 Nexus 7 tablet has to offer. And the device in the image below isn’t a Nexus 10 either.

The purported Nexus 9 render and a video showing Burke’s lock screen notifications demo in Android L at I/O 2014  follow below.