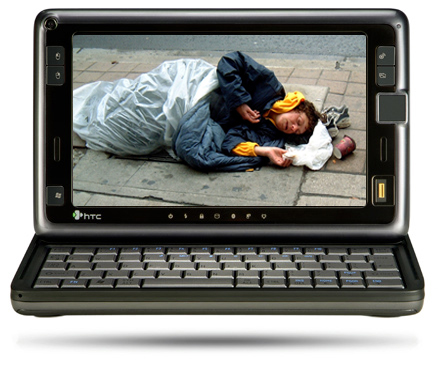 You might have read about the HTC Shift finally being available “immediately” on Orange UK and Movistar in Spain a couple days ago. Guess what? It isn’t. Not in stock, not available for order, not in stores, not in anyone’s hands — nothing. I’ve dreamt about the HTC Shift since I saw the first photo of it, and sometimes you just wait for something you really want. Not anymore. I’m done. Completely finished with this total crap. I know that’s harsh, I do. But you don’t announce, re-announce, then announce and announce availability again and again, over and over. That’s not what a high class company does. That’s what a no-name sleazy company who has nothing but vaporware does to try and lure in people. So that’s it. No more Shift for me. I just have to admit to myself that it would have sucked anyway. Crap specs for a now-2008 device and extremely overpriced. HTC won’t sell any of these either. Why? Because of what I just said; crap specs, and a price 3x what it should be. So the question for the readers is, what would you get instead of the Shift now? I’m open to suggestions and cost doesn’t matter.