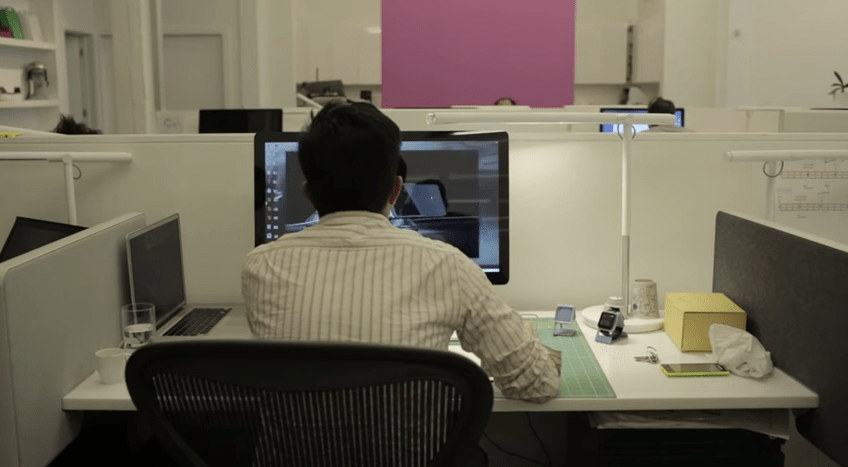 Wearable tech hasn’t quite taken off like many analysts expected it to, but Android Wear could be the beginning of something big. Samsung and LG have already thrown their hats in the ring with the Gear Live and the G Watch, and Motorola hopes to blow everyone away with the gorgeous Moto 360 later this summer, but many of the biggest names in mobile electronics haven’t revealed their plans yet.

HTC is one of those vendors, but we may have gotten our first glimpse of the company’s Android Wear entry in an HTC Design video published earlier this month. At 35 seconds in, we see an HTC employee sitting at his computer with two mysterious items sitting on his desk: an empty smartwatch dock and another that is holding an actual smartwatch. Watch the full video below.

It’s hard to make out many details, but the watch face is clearly square, following in Samsung and LG’s footsteps. There’s also a very short snippet of a designer working on what appears to be a 3D render of the watch at 43 seconds in, but once again, nothing detailed enough to make out.

If that device is indeed an upcoming Android Wear smartwatch, there’s very little chance that HTC didn’t throw it in on purpose. We should probably be expecting an official announcement in the coming weeks.