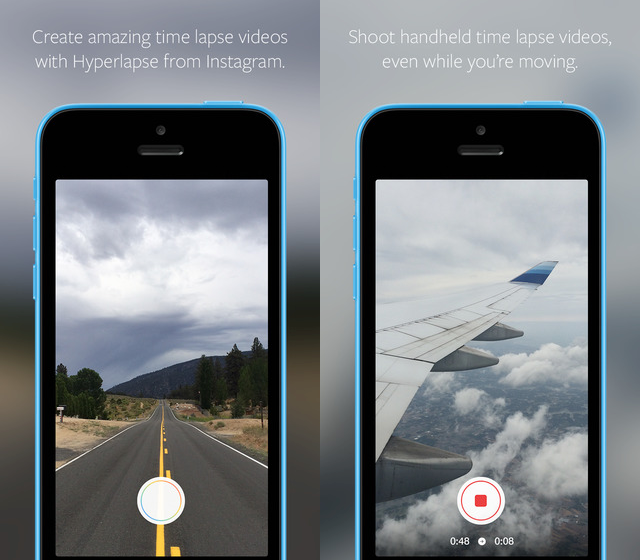 Instagram has just released a new iOS app for video-taking enthusiasts, Hyperlapse, that lets them easily create awesome time-lapse videos and share them with friends. Now, the company has explained the nifty technology behind its new app in a detailed blog post.

“Time lapse photography is a technique in which frames are played back at a much faster rate than that at which they’re captured. This allows you to experience a sunset in 15 seconds or see fog roll over hills like a stream of water flowing over rocks. Time lapses are mesmerizing to watch because they reveal patterns and motions in our daily lives that are otherwise invisible,” the company writes, explaining that it created the app so regular smartphone users could capture such moments without having to spend a small fortune on advanced cameras, accessories and software to make it all happen.

Instead, Instagram does everything with its smart software that is able to detect the severity of the camera shake, neutralize it, and immediately offer various, instantly customizable time-lapse versions of the original video without the user realizing what’s going on under the hood, or having to spend any time to create solid results.

Instagram did this by incorporating its Cinema video stabilization algorithm from Video on Instagram into the app and adapting it for time-lapse.

Cinema relies on the phone’s built-in gyroscope to “measure and remove unwanted hand shake,” in order to create better videos. The algorithm analyzes the camera movement before eliminating shakes and renders the video by cropping the originally recorded clip (adaptively zooming-in depending on how much camera shake is detected) and delivering a shake-free smooth short video which can then be hyperlapsed by the user with help of the on-screen interactive slider.

Each time the user changes the speed of the video, the Cinema algorithm works under the hood to deliver instant results.

A complete description of how Hyperlapse works, including videos that explain the technology behind it, is available at the source link.