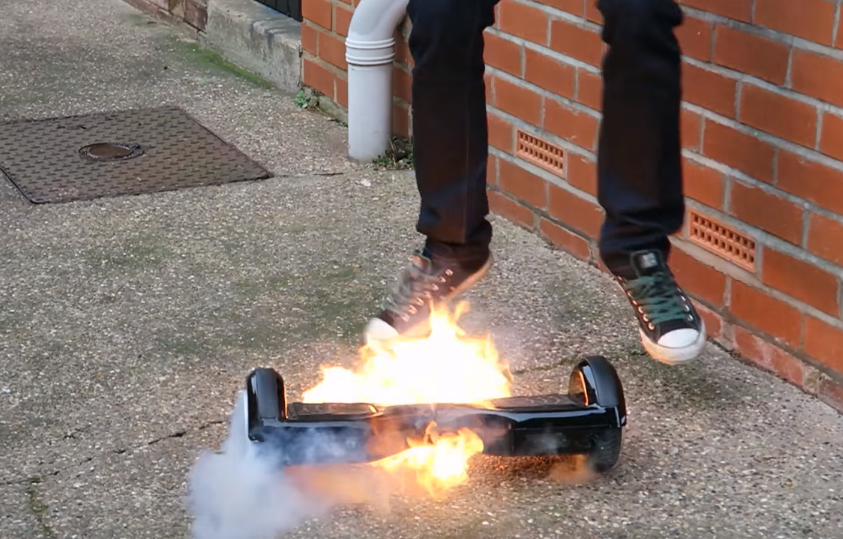 The hoverboard industry just can’t seem to catch. Following a tumultuous 2015 where hoverboards from various manufacturers were temporarily banned due to fire concerns, it appeared as if the industry had finally worked out all of the design kinks that plagued some of the earlier models.

Or so we thought.

Spearheaded by the U.S. Consumer Product Safety Commission (CPSC), more than 500,000 hoverboards are now being recalled. And whereas previous bans seemingly affected no-name brands out of China, the current ban affects a more extensive list of hoverboard companies.

“We are urging consumers to act quickly,” CPSC Chairman Elliot Kaye said to ABC News. “We’ve concluded pretty definitively that these are not safe products the way they were designed.”

The recall impacts the biggest hoverboard brands on the market, including Swagway (the Swagway X1 model), the Hovertrax from Razor, the Airwalk Self Balancing Electric Scooter, the iMoto, the Hype Roam, the Wheeli, 2Wheelz, Back to the Future, Mobile Tech, Hover Shark, NWS, X Glider and X Rider.

Additionally, retailer Overstock.com is recalling all hoverboards sold on its website, which amounts to 4,300 in all. Similarly, Boscov’s, a retailer based in Reading, Pennsylvania, is recalling 1,300 Orbit hoverboards.

If the Swagway X1 sounds at all familiar, it’s because it’s already been subject to various bans over the last year. This past December, for instance, Target temporarily banned Swagway X1 hoverboards from all of its stores following a number of incidents in which the scooters spontaneously caught on fire.

Notably, the ban on Swagway hoverboards alone are said to represent an estimated 267,000 units.

The impetus behind the recall is not at all surprising and centers on the fact that many hoverboards employ lithium-ion battery packs that are prone to overheating, smoking, catching on fire, and in some instances, exploding.

In a statement on the recall provided to Mashable, the CPSC said: “Consumers should immediately stop using these recalled products and contact the recalling company to return their hoverboard for a full refund, a free repair or a free replacement depending on the model.”