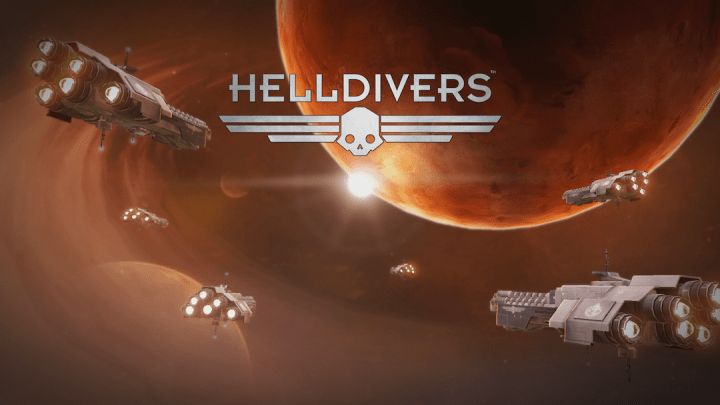 PlayStation’s Spring Fever event is kicking off this week with Helldivers from Arrowhead Game Studios. Helldivers is a cooperative top-down shooter that revolves around the war of the interstellar soldiers from the planet Super Earth against the three alien races who want to wipe them out.

In Helldivers, you take control of a soldier from Super Earth who is tasked with fighting back against the hostile forces of three different systems. In order to do that, you’ll complete objectives on small, randomly-generated planets. Your victories contribute to an overall score that indicates how close the worldwide player base is to defeating the alien race once and for all.

On the surface, Helldivers is fairly simple. Pick a planet, complete the objectives, collect your rewards — rinse and repeat. The subtle brilliance of the game is in how players interact with one another (and the environment) when embarking on a mission and how they progress as they stave off the violent aliens.

Early in the game, a friend and I were still learning how best to prepare for certain objectives and specific climates. On forest planets, there are swamps that will slow your character down to a crawl, which is especially hazardous when the Illuminate enemies begin charging up their one-hit-kill beams. On snowy planets, you will be slowed for the majority of the mission, so bringing in a jump pack can help you get out of a bind when quick enemies are on your tail.

During one of those early missions, a level 14 players dropped into our game. It’s exceedingly easy to jump into another player’s game, and you can get right into the action without waiting for anyone to reach a checkpoint… but there’s a chance your pod will land directly on top of your new teammates, crushing and killing them (which happened to us multiple times).

When that level 14 player arrived, he called in an APC. Suddenly, what had been a fairly difficult mission became a breeze as four of us piled into the APC and started tearing through enemies like they were made of cardboard. Seeing the APC in action was more than enough incentive to keep us playing into the night until we had the chance to unlock it for ourselves.

The unlockable items and weaponry in Helldivers are called strategems — these range from ammo drops to airstrikes to mech suits to APCs. You’ll only start out with a few, but most planets offer new strategems as a reward for completing all the missions.

As you level up, you’ll unlock perks and weapons for your character as well as more difficult planets in every region. By level 12, you’ll have access to the most difficult planets in the game, which require nothing less than four decked out players with a solid plan of attack.

Beyond all of the moment-to-moment gameplay, there’s also a metagame at work in the background. As I mentioned, every planetary liberation contributes to an overall score for that region. When the bar fills up, you move on to the next region, eventually reaching the home planet of the alien race. Destroy the home planet and that race will be defeated for the remainder of the campaign. These campaigns will last between 4-6 weeks, and will then reset, starting the cycle over again.

Helldivers is most effective when it balances the carrot-on-a-stick progression with tense, exciting firefights. Where Helldivers began to fall apart was when the well-balanced challenge morphed into controller-tossing insanity.

At one point, two of us unloaded the entire ammo clips of both our our fully upgraded mech suits on a single enemy of a level 11 planet. Not a scratch on him. I want the game to be challenging — I don’t want it to be impossible.

Helldivers is also a cross-buy game, which means that a single purchase will unlock the game on PS4, PS3 and PS Vita, but I highly recommend sticking with the home console versions. The game just doesn’t work as well on the portable.

Overall, I was pleasantly surprised by Helldivers. The concept might be slightly better than the execution, but if you can find a friend or three to join you, there are hours of fun to be had exploring the universe and accidentally murdering each other as you fight to save Super Earth.

Sony provided BGR with a copy of Helldivers for this review.