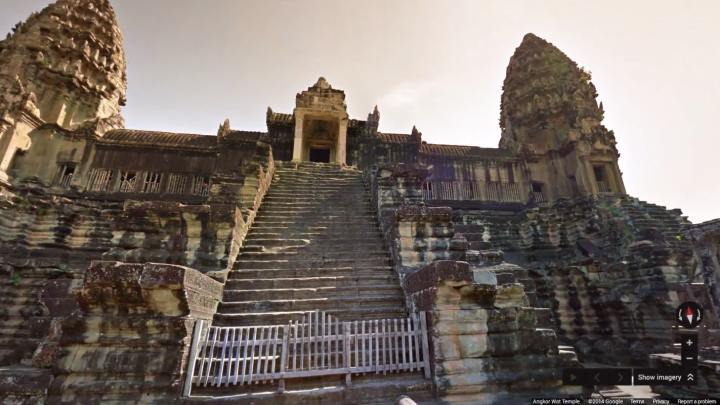 As anyone who has played any of the Civilization games knows, Angkor Wat is an incredible temple complex located in Cambodia that was built in the 12th century and that still stands as one of the most amazing wonders of the world. And now thanks to the magic of Google Street View, we can see it up close without ever having to leave our houses.

Google this week announced that it’s added a detailed walkthrough of Angkor Wat to its Google Maps Street View feature, which means that touring the complex is as easy as dragging Google’s Street View icon over to its location.

“With more than 90,000 new panoramic images views, we hope Cambodians and others around the world can experience these cultural and archaeological treasures in an entirely new way,” Google says. “Whether it’s revisiting iconic sites such as Bayon Temple in time for the Khmer New Year or studying the Ramayana’s Battle of Lanka bas relief carvings within Angkor Wat, Street View can help you more easily explore Angkor’s rich heritage.”

The Street View for Angkor Wat doesn’t just show you the bare-bones outside of the complex either but also gives you a richly detailed look at what it’s like to walk around inside its grounds. Some particularly breathtaking screenshots of Angkor Wat on Street View follow below.