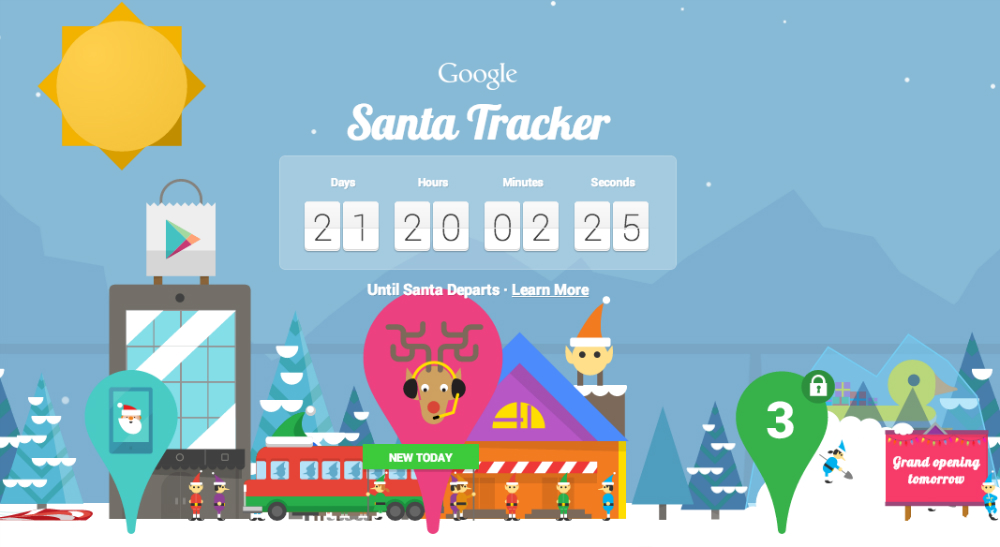 With a few weeks to go until Christmas, Google has put up its online Santa Tracker tool, offering users various tools to keep them entertained while they’re waiting for Santa Claus this Christmas.

FROM EARLIER: Samsung thinks you need a house full of Galaxy gadgets to brighten your Christmas

“Starting [on Monday] the elves are back on the clock in the North Pole—and throughout the month of December, you can join the elves as they unlock a new project or game each day in preparation for Santa’s annual journey around the world,” Google wrote in an announcement.

Google has prepared a map of the world filled with Christmas tradition details for various countries and a special interactive village page where the company will post new animated videos featuring none other than Santa, along with special projects and/or games each day through the Christmas season.

The Santa Tracker page offers games including present parachute practice, reindeer races and calls to friends from Santa, all available by following the links in the source section below.

Finally, a Santa Tracker app for Android is also available for download to Android users, while a Chrome extension awaits on desktops.