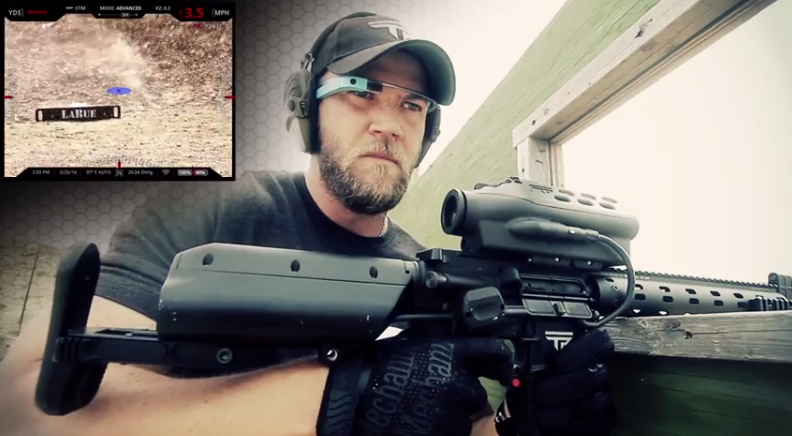 Google’s Google Glass smart eyewear has many fans but also many haters, and the device will be available to more and more users in the future, sporting all sorts of interesting, and possibly creepy features. Hopefully, though, most users won’t have the chance to actually try out a Glass-based augmented technology currently in testing by TrackingPoint. The solution lets users shoot a rifle at targets around the corner. While it’s certainly interesting, it’s also potentially dangerous for civilians. And for the military or law enforcement personnel, Glass doesn’t yet offer the kind of battery life that would make it a useful solution in many scenarios.

The startup demoed in a video this Google Glass feature that allows soldiers to fire a gun “around corners, from unsupported positions, behind the back, to the side and over barricades,” all with help of Google’s wearable device that’s connected via Wi-Fi to the rifle, picking up video streamed by the rifle.

The scope technology used by TrackingPoint can stream video to many other mobile devices, not just Google Glass, assuming that’s something anyone wants to do while trying to fire a shot around a corner and from an unsupported position.

The video demoing this Google Glass warzone feature follows below.