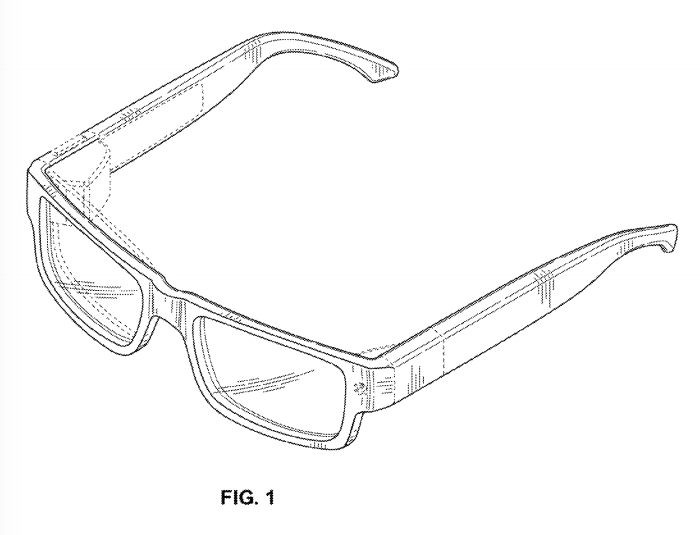 Google Glass is far from being a ready-for-primetime commercial product, and the wearable device may undergo several changes before it’s sold in stores. In fact, it appears Google is trying to make Google Glass look less like it currently does – something some people wouldn’t want to be caught dead wearing – and more like an actual pair of ordinary glasses. Glass Almanac discovered a patent for a new Google Glass design that makes the gadget more human-friendly.

The prism that projects images right on your retina is still there, but it’s cleverly hidden in a corner of the right lens. Even so, the glass frames shown in the patent are thicker than your usual dumb glasses frames, as they include all the components that bring Google Glass to life while also having to be large enough to accommodate a touchpad.

When comparing Google Glass prototype images with the Glass units explorers have received, you can clearly see how much Google has progressed with its design. However, even though Google is actively exploring ways of building a wearable device that you’d actually want to buy in spite of its prohibitive price, it’s not clear when a Google Glass looking like the one in the images below will be ready for the public – or whether Google’s next Glass design looks anything like the gadget in these drawings.

The design patent, titled “Wearable display device,” was filed in September 2012 and awarded to Google last week.  Images from the patent follow below.