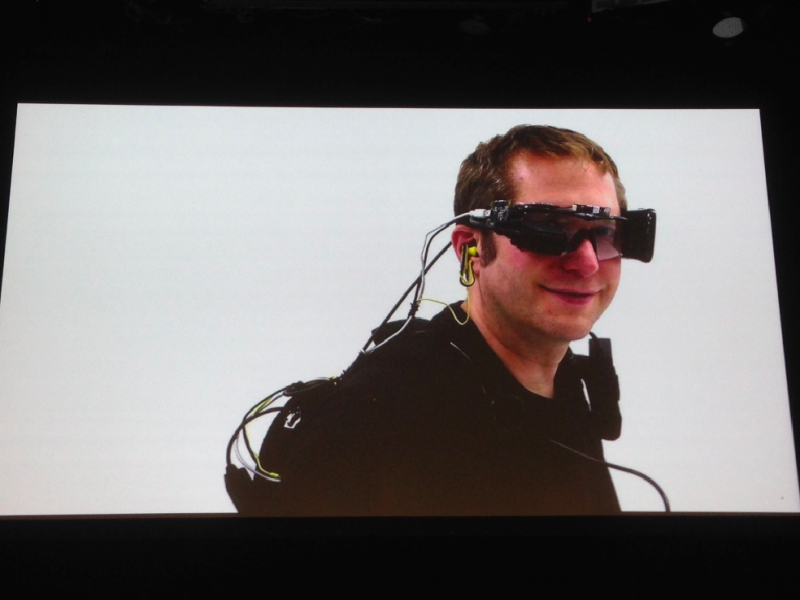 For some people, Google Glass is not a well-designed device, with one designer recently saying about the smart wearable device that it makes people look like “idiots” and he wouldn’t be caught dead wearing it. Even Google is sort-of agreeing with critics saying that Glass needs more work, as the tech giant has partnered up with Ray-Ban for making Glass look sexier in the future. However, the current Glass design that’s available to Explorers looks very good, especially when compared with some of the initial prototypes.

Speaking at ThinkLA last week, Google’s Janine Gianfredi shared an image of what Google Glass looked three years ago, Business Insider reveals, and that product definitely looks like something customers wouldn’t appreciate being seen with. The image above shows a Google Glass prototype consisting of several distinct components that may have been connected together with the help of wires going into a bag pack.

In a recent Google+ post, Google has tried to debunk several myths related to Google Glass, addressing privacy-breaking features, distractions, potential bans, and availability and cost. Google also revealed that Glass underwent three hardware updates and nine software updates in the 11 months it has been available to early buyers.

The device, still available to Explorers only, is expected to launch commercially later this year.