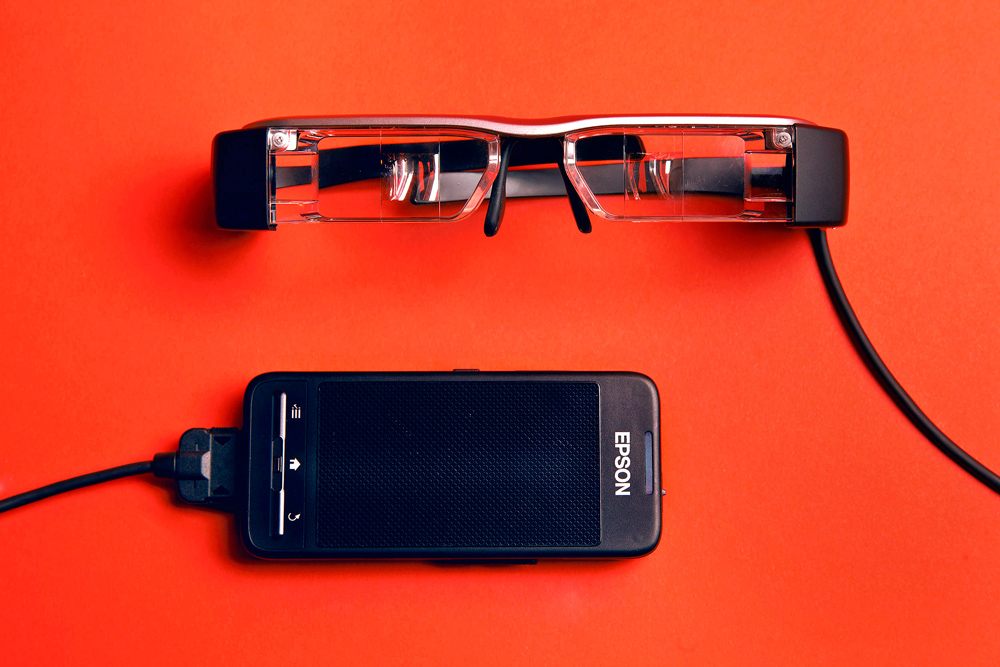 We still have no idea when Google Glass will become available to the general public but considering the $1,500 price tag for the current “Explorer” version, Google’s connected eyewear will likely still be fairly pricey when the launch version debuts. Those looking to augment their reality but still have some money left over to live in said reality have a few upcoming options, and now Wired points us to yet another pair of connected glasses set to launch in the coming months.

In some ways, Epson’s new specs are better than Google Glass. For example, the Moverio BT-100 features dual displays integrated into the lenses, so it can show the wearer 3D images and it can cover a much wider field of vision than Glass. But there is a pretty huge drawback: Epson’s eyewear is connected to a control module by a thick black cable that will run from the side of the glasses down to the user’s pocket while in use.

Those who don’t mind getting triple takes instead of double takes as they walk the streets should note that Epson’s Moverio BT-100 AR glasses can be pre-ordered now for $700, or less than half of what Google Glass costs for the time being.