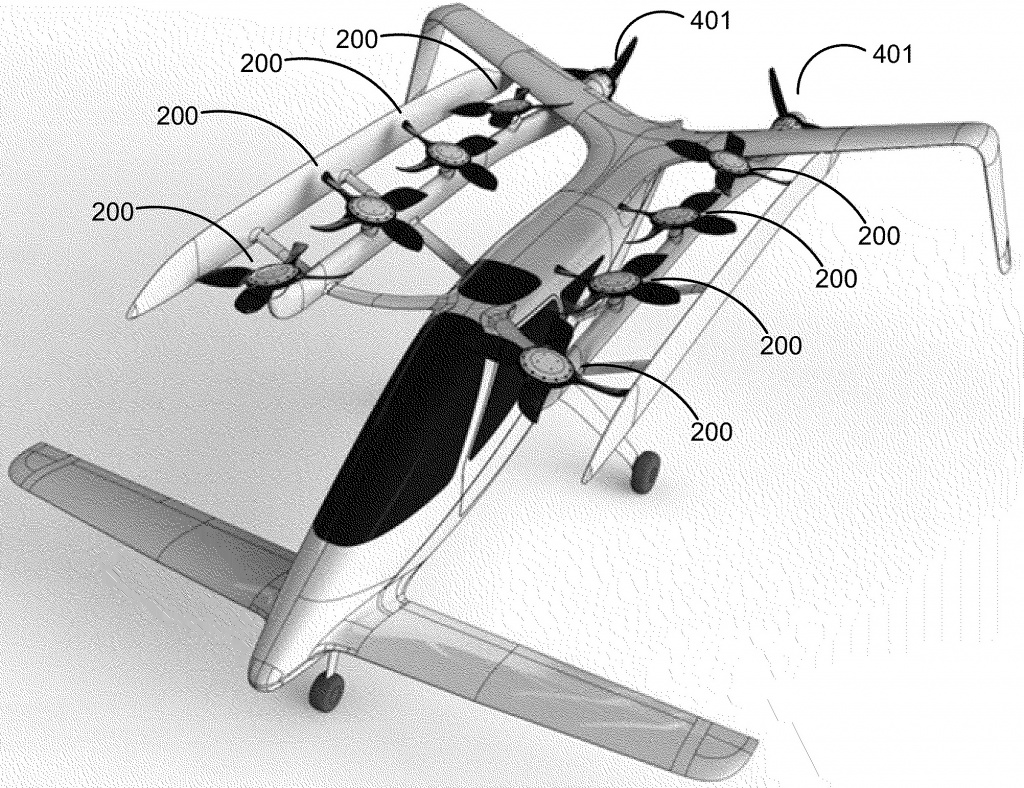 Google has taken on a lot of lofty “moonshot” projects over the years, including research on self-driving cars, ending language barriers and even cheating death. But a new report from SFGate hints that Google may be working on its most futuristic long-shot project yet: A flying car. Essentially, SFGate has uncovered a patent application for “personal aircraft” that was filed by Zee.Aero, which SFGate describes as “a stealth company” located in Google’s hometown of Mountain View, California. SFGate’s sources say that Google is involved in helping Zee.Aero develop its flying car but they don’t know what specific work the company is doing on the project.

The patent describes a battery-powered vehicle that has eight separate rotors on top that allow it to hover in the air like a helicopter, along with two propellors in the back to push it forward. The car shown in Zee.Aero’s drawings looks rather silly and awkward but as SFGate points out, early concepts rarely look like finished products when they’re first being designed.

SFGate also found that around 52 people on LinkedIn claim to work for Zee.Aero right now, most of whom have tech-related jobs at the company. Zee.Aero has also put up 11 new listings for mechanical and aeronautical engineering jobs, so it looks like the company is still growing at a healthy clip.

Another drawing that shows the Zee.Aero flying car concept parking in between two landlocked cars follows below.