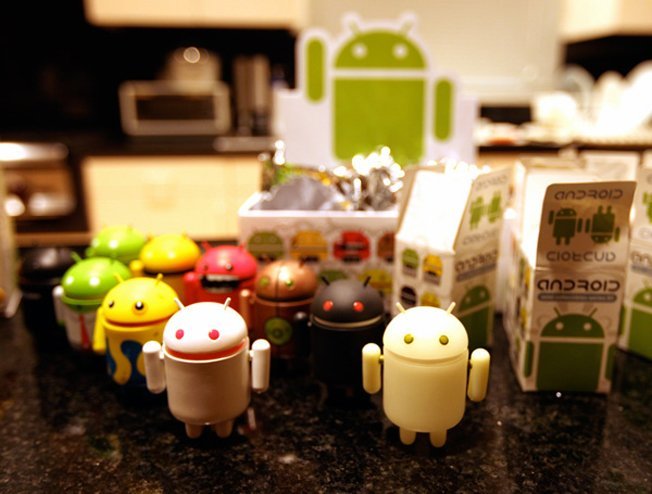 What will Google’s robots have in common with Google+? Apparently they’ll be everywhere and you won’t be able to escape them. Bloomberg reports that Google chairman Eric Schmidt said this week that his company is experimenting with using robots to automate a lot of the more mundane tasks we do every day. In this way, says Schmidt, “robots will become omnipresent in our lives in a good way” because they’ll “replace a lot of the repetitive behavior in our lives.”

Google has spent a lot of money on buying up robotics firms recently and has scooped up at least eight different robotics companies over the last year alone. Among the companies Google has bought are Boston Dynamics, which is best known for making the insanely fast Cheetah robot that can run at speeds up to 28.3 miles per hour; Meka, a company that has done a lot of work creating robotic faces that are capable of mimicking human emotions; and Schaft, a robot that’s been designed to help conduct rescue operations in situations that are too dangerous to send in people.

What is Google planning to do with all of these robots? In Bloomberg’s report Schmidt didn’t hint at any sort of grand strategy but did say that Google right now is working intently on improving artificial intelligence so that it doesn’t just answer your questions but instead anticipates your needs.

“Technology is evolving from asking a question to making a relevant recommendation,” Schmidt explains. “It will figure out things you care about and make recommendations. That’s possible with today’s technology.”