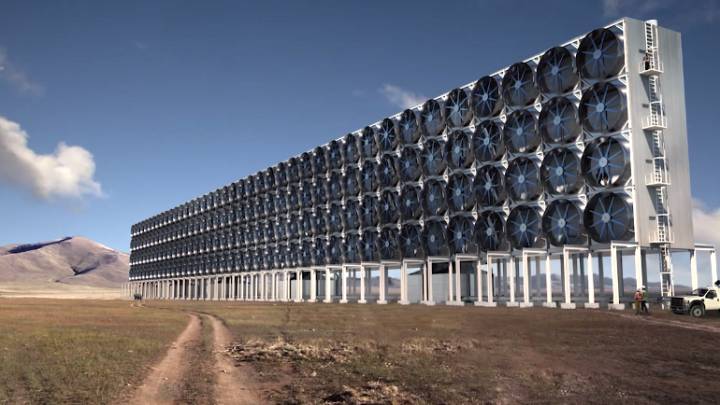 Scientists from Canada are developing a carbon dioxide (CO2) recycling plant that could suck CO2 out of the air, mix it with hydrogen obtained from other renewable energy sources and turn it into fuel that could power cars, planes, and other vehicles.

The technology is currently developed by Carbon Engineering, Sciences Alert reports, which is a company partly funded by Bill Gates. The team at Carbon Engineering is doing what trees have been doing all along: extracting CO2 from the atmosphere. That said, the process it’s using is more efficient.

As you can see in the video at the end of the post, the company has figured out how to extract CO2 from the air and keep it stored to make fuel at a later date.

The technology is still in its infancy and requires significant investments so it can actually make a difference. For now, Carbon Engineering planned system could only capture some 450 tons of CO2 each year, which is the equivalent of the carbon emissions of 33 average Canadians.

But in the future, the system could be scaled up significantly to make it more practical and could absorb even more CO2 that’s emitted by the high number of vehicles out there.

In a way, the researchers at Carbon Engineering might be able to put global warming to good use, assuming they find the resources required to increase the scale of these projects. The more CO2 we emit every year, the more these systems could harness it to turn it back into fuel.