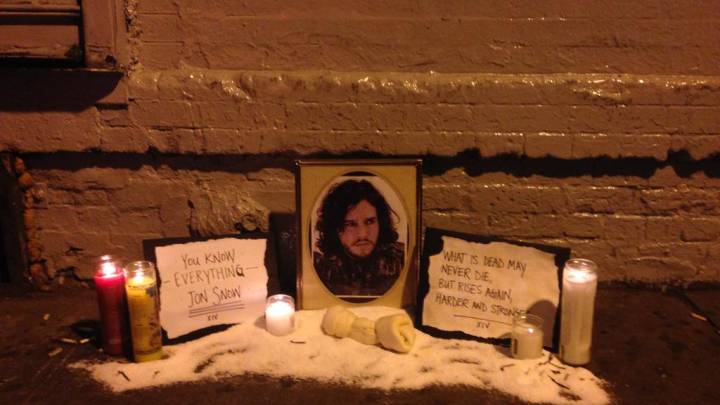 Yes, Jon Snow is dead, and many people know that already, including Game of Thrones fans who haven’t even seen the most recent episode of HBO’s tremendously popular TV series. And while there are many plausible fan theories that say he’ll be back, one HBO executive wants to remind you he’s oh so very dead.

“Dead is dead is dead. He be dead. Yes. Everything I’ve seen, heard and read, he is dead,” HBO executive Michael Lombardino said, according to The Huffington Post.

He made these remarks during the Television Critics Association’s summer press tour on Thursday, but that doesn’t really answer the question many ask: Is Jon Snow coming back next season?

When Lombardino says that Snow is dead, he is correct. But his disarming answer isn’t good enough. Dead men often come back to life in Game of Thrones, and there are many theories saying that’s what’s going to happen to Snow.

So, even Lombardino tried his best to convince you that Jon Snow is dead, there’s hope that he’ll be back next season.