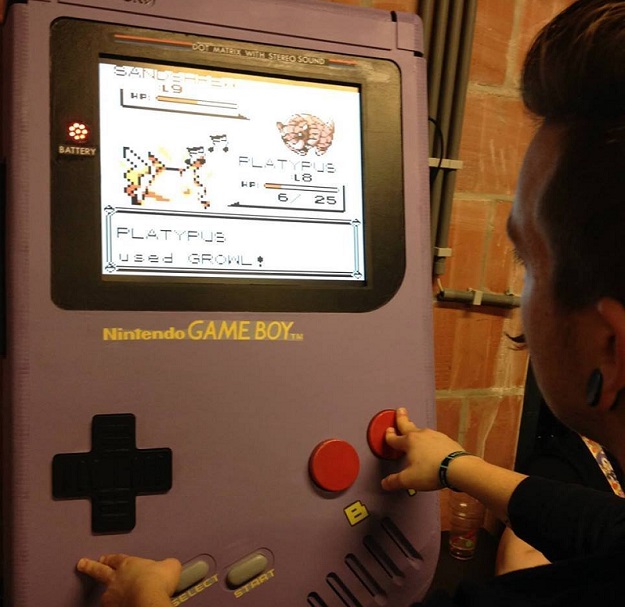 Forget about the gargantuan screens of today’s modern smartphones, if you want to play video games on a mega screen, you’ve got to check out the Game Boy XXL.

As the name implies, Game Boy XXL is a fully functional and absolutely gigantic Game Boy that can play all of your favorite Game Boy games of yore, from Tetris to Dr. Mario and everything in between. Even better, because the device is one gigantic emulator (powered by software from the retropie project), it can also play ROMs from other console systems, including the original NES, Atari, and Sega.

The display on the gigantic Game Boy measures 21 inches across while the device itself consists of a  Raspberry Pi alongside an oversized D-pad and fully functional buttons.

As for the impetus behind this incredibly cool creation, Hackaday notes that “it was commissioned for a Belgian music festival called Nintendoom — picture video game music + rave.”

You can check out video footage of the Game Boy XXL (playing what appears to be Super Mario 3) in action below.

Intrigued? Want to see more? Alright, we hear you: check out this clip of someone playing Tetris on the Game Boy XXL.

And as a final point of interest, here’s what the device looks like without its casing.