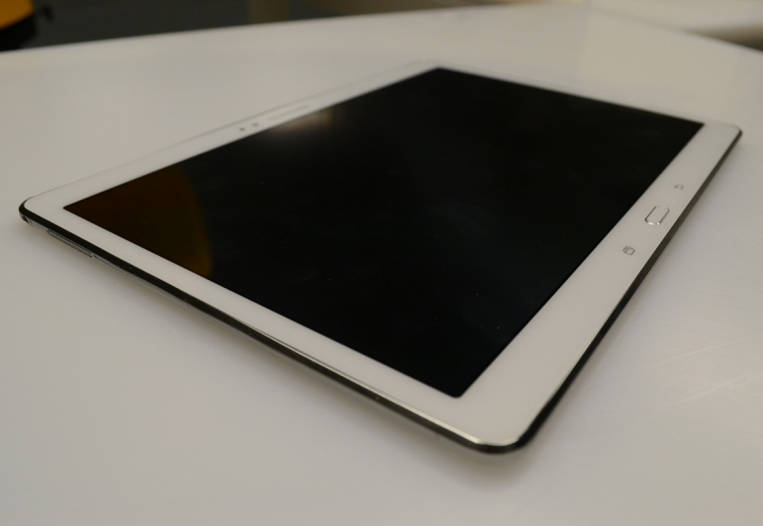 Samsung’s upcoming Galaxy Tab S family of tablets will have various Galaxy S5 features, SamMobile has learned, after digging through a purportedly leaked firmware for the unannounced tablet. The Galaxy Tab S tablets will feature high-resolution AMOLED displays and will be available in two versions, including a 10.1-inch model and an 8.4-inch version, and should be unveiled in the near future.

According to the publication, the Galaxy Tab S will pack fingerprint sensors and will also have a very useful Galaxy S5 feature on board, the Ultra Power Saving Mode, which further extends battery life in critical situations.

A Samsung exec has previously revealed that more Galaxy devices will get fingerprint sensors in the future, with the company exploring retina scanners for future flagship devices.

The Galaxy Tab S has been spotted in various benchmark tests, and in many leaked pictures, including photos from documentation Samsung filed with the FCC.

Samsung has already announced a New York June 12 press event, where it will likely unveil this new flagship line of tablets. However, it’s not clear when the tablets will launch, and how much they’ll cost.

Images from the leaked Galaxy Tab S firmware that prove the device will have a fingerprint sensor and an Ultra Power Saving Mode, follow below.