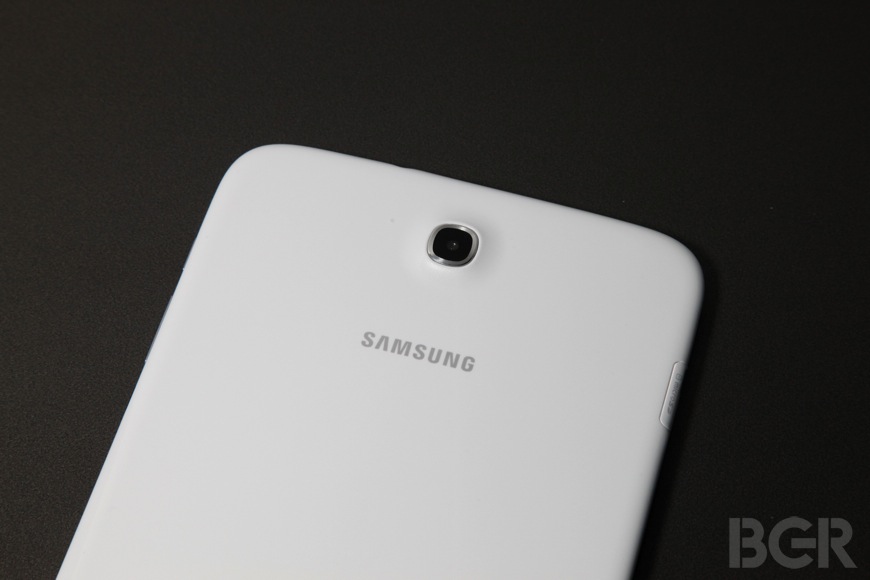 A new family of Samsung tablets has been spotted at the FCC — the SM-T800 models, which may be a new line of high-end devices for the company that will joinexisting Note and Pro models, rather than the previously leaked Galaxy Tab 4 that is also expected to arrive this year.

The SM-T805 and SM-T801 have been seen at the FCC, although there aren’t many details available about them at this time. However, they suggest that Samsung may launch different versions of the same tablet, perhaps including Wi-Fi-only, 3G and 4G models. The SM-T800 family has been recently spotted in a user agent profile that revealed the device would offer a high-resolution display (2560 x 1600) and run Android 4.4 KitKat.

The SM-T800 models are also believed to have 10-inch AMOLED displays instead of LCD – the images available from the FCC seem to also suggest that particular screen size without revealing display resolution.

Benchmark results for a SM-T700 tablet have appeared on GFXBench recently, revealing the device would have an 8.4-inch screen with 2560 x 1600 resolution. It’s not clear whether this device would also offer an AMOLED display.

Meanwhile, the Galaxy Tab 4 family of devices is also expected to arrive soon, featuring thinner bezels and better displays. These models are said to arrive in 7-inch, 8-inch and 10-inch versions, and have already been spotted in purported GFXBench benchmark results – which list screen resolutions of 1280 x 800 – but also at the FCC. Model numbers for the rumored Galaxy Tab 4 family include SM-T535 (10-inch model) and SM-T335 (8-inch model).

Finally, an SM-T230 7-inch Samsung tablet has been spotted with the Bluetooth SIG, CNET reports.

The SM-T805 and the SM-T535 have different designs, according to images from Samsung’s FCC documentation that follow below.