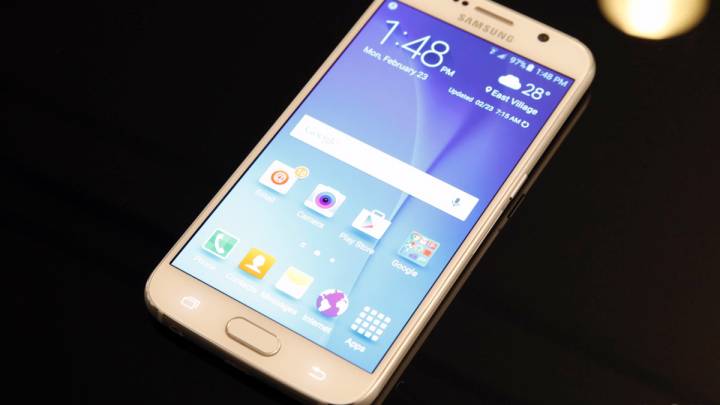 Apple fans love to slag off Samsung’s flagship phones as mere iPhone clones but the truth is the devices have evolved quite a bit over the years and now have their own distinct looks. Sure, the Galaxy S6 does borrow some design elements from the iPhone 6, particularly along the edges and the bottom of the device, but it’s still very easy to tell which phone is which. For our money, the Samsung phone that was the most iPhone-like was the Galaxy S II, which just also happened to be the phone that Apple was most successful in using to portray Samsung as a shameless Apple copycat.

If you want to see a good illustration of how the Galaxy S6 is a world away from the Galaxy S II, we recommend checking out this terrific GIF created by the good people over at GadgetLove that shows the evolution of the Galaxy S series all the way from the original model to the current version that’s due to release next month.
Source: GadgetLove

To our eyes, the biggest leap came between the S II and the S III, which was Samsung’s breakthrough hit in the smartphone market and that slimmed down the iPhone-like home button of the S II into the oval-shaped home button Samsung phones have had ever since.

We can also see how Samsung progressively slims down the side bezels with every generation to make more room for the displays that are consistently Samsung phones’ best qualities. And of course, the devices themselves get bigger and bigger with each generation, although it looks as though the Galaxy S6 is slightly less wide overall compared with the S5.