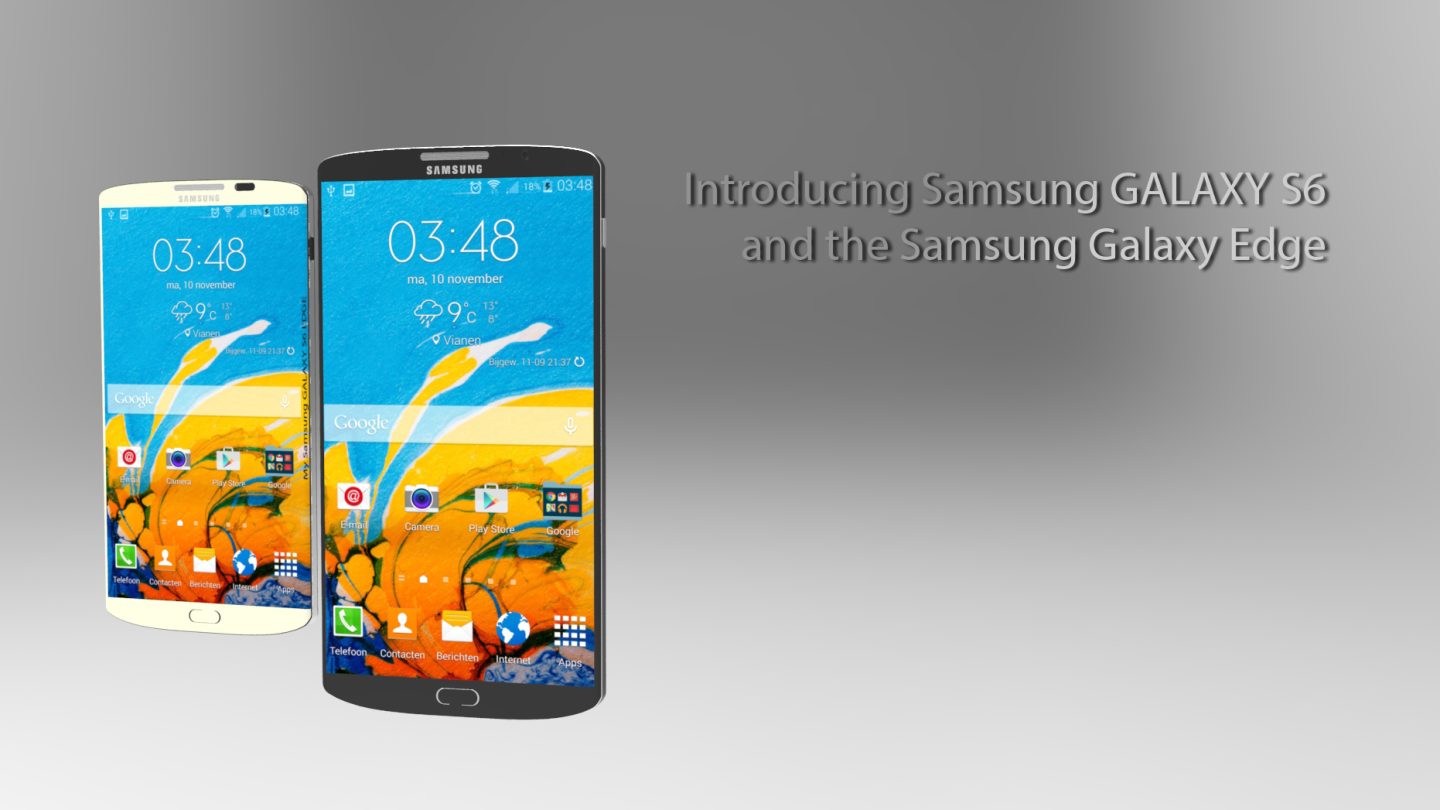 In Jermaine Smit’s concept video, both phones share identical specs, including a 20-megapixel camera with dual LED flash and the ability to record 4K video. The phones also feature a 2980 mAh battery, soft texture body and 2K AMOLED display with 554 pixels-per-inch. The Galaxy S6 and ‘S6 Edge’ appear in both black and white.

Interestingly, the curved display of the Note Edge seems to be even less pronounced on Smit’s sequel concept than it is on the actual device. His version of the next flagship will give consumers the option to pick up one of two identical phones, but one will feature the curved edge.

We’re still a ways out from an official reveal, but Smit’s specifications aren’t far from the realm of possibility. In fact, some recent rumors have hinted that Samsung will not only incorporate the curved edge of the Note Edge on the S6, but will place one on both sides of the display.

Check out the full concept video from Jermaine Smit below.